When Malair was a child, his mother, Froma, taught him everything she knew hoping that, one day, he'd become a sorcerer with enough power to protect the planet. For a while, he did become that sorcerer, but it wasn't long before he started flirting with dark magic.
That interest for evil was something that he had inherited from his other parent, Malfeitor, who was the complete opposite to Froma. Once that Malair had embraced his evil side, he never went back, to his mother's dismay.
To be fair, Malair was an outstanding villain. He had a true talent for evil. He worked solo for years but when younger villains came along and outpowered him, instead of disappearing, he founded the Supervillains' Hideout, a training center where he recruited, educated and prepared dozens of monsters that would later become an army of supervillains at his service. That way, it didn't matter that he was getting old, because he had a team of younger villains as his employees.
It was smart business model, or at least that's what everyone thought, everyone except for Malfeitor. In his eyes, Malair could never get anything right. He never approved of anything his son did and thought that he would never succeed without his help, so when he was the first monster to find Nebula, Malfeitor decided to grab some and take it to Malair, not only to truly help him, but also to prove that if he were to become more powerful than ever, it would be thanks to him.
However, after his transformation, Malairion may be about to finally wow his father. He's got great plans.
Malairion is a Magic Attacker with Curse, random Element Hater and Damage Boost effects. He has an Evolving Trait: At rank 0, he's Hardened, at rank 1 he becomes Immune to Blind and, at rank 3, he'll gain Immunity to Stun at the start of the battle. 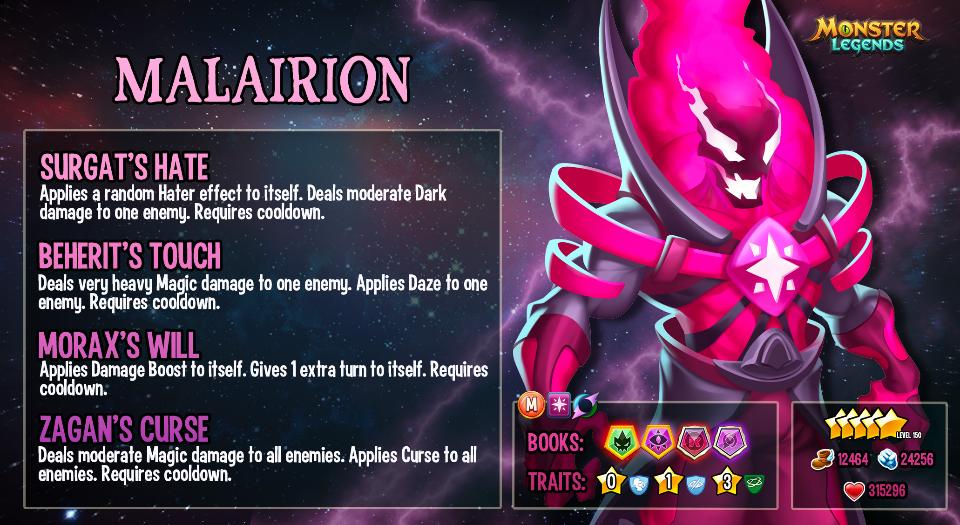 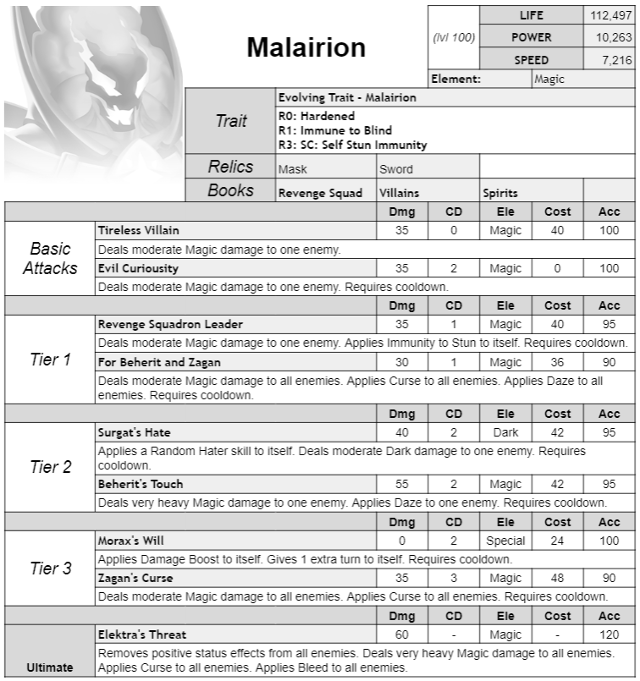