Malfeitor was one of the first villains to become famous in Elektra. He started out as a very incendiary agent, but as years passed, he acquired a more discreet profile and information became his most valuable work tool. He has whisperers everywhere: in Petra, in space,...
Thanks to his informers in space, Malfeitor was the first one in Elektra to find out about the existence of a new substance, Nebula, which could only be found on the Sun. He immediately saw the potential of it and tried it on himself. The results were outstanding. For a couple of days, Malfeitor weighed what to do with this new resource. It wouldn't be long before more monsters found out about it, so in order to make the most out of the information, he chose to tell his son, Malair.
Malfeitor and Malair had quite a particular relationship. When Malair was younger, he followed the steps of his saint-like mother, which greatly disappointed Malfeitor. Later on, his morals changed and he became a villain, but he still didn't seek his father's advice on how to be the most evil he could be. Instead, Malair walked his own path, making Malfeitor feel even more unneeded and left out.
However, everything changed after Malfeitor's discovery. For once, he had the key to his son's success. He knew that, without him, Malair would never become Malairion, and he was determined to make him acknowledge that.
Malfeitor is a Magic Attacker with high damage skills who can increase his damage output by gaining Double Damage or applying Magic Weakness to enemies. He has an Evolving Trait: at rank 0, he's Hardened, at rank 1 he becomes a Bulwark and, at rank 3, he'll gain Immunity to Control at the start of the battle. 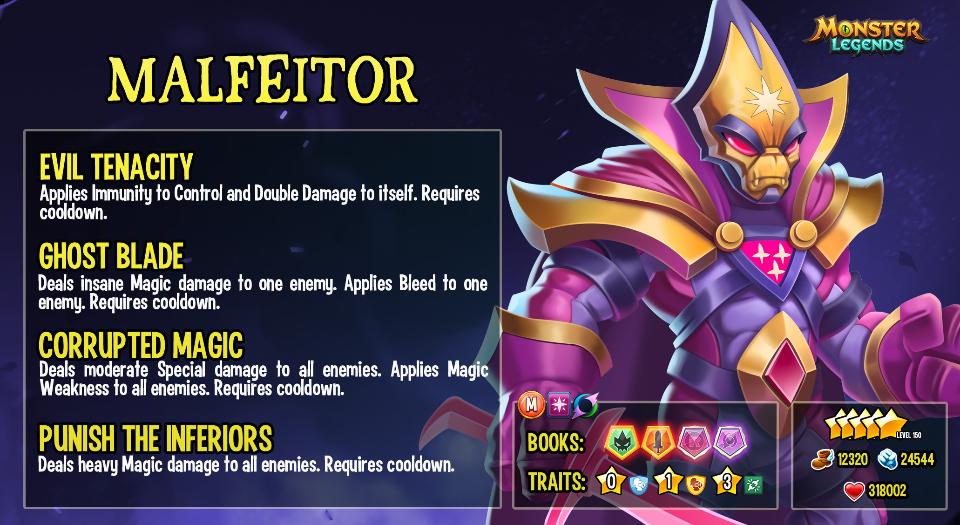 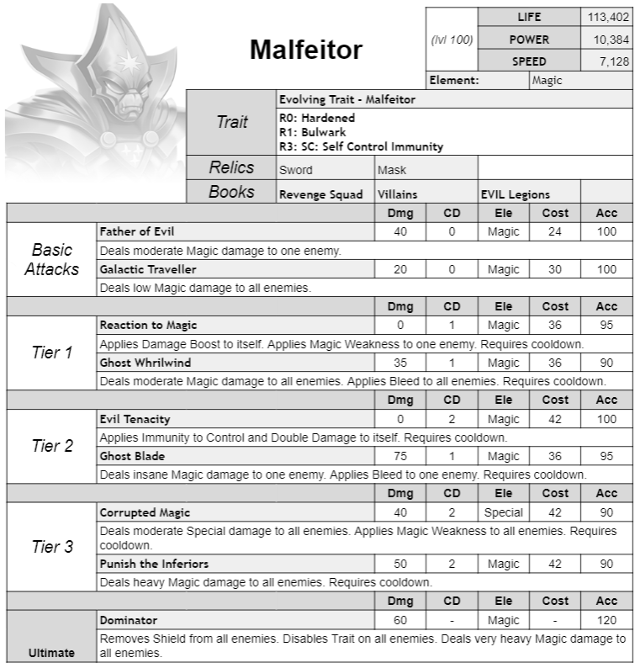