NEW monster in the House of Thunders Marathon: Raijin

Not far from the capital of the Eastern Regions, there's a place known as the House of Thunders. It is said that, when dark clouds gather over it, the spirit of the demon who inhabits it wakes up to bring storms and disgrace to everyone in the country.\n
Now it's happened. After years of deep sleep, this demon has been awoken by the turmoil happening in the capital. Raijin doesn't care who's right or who's wrong, if Yaoguai Wangzhou is sitting on the Emperor's Throne or if the Council rules the country. Once he wakes up, his fury rains down upon everyone equally.\n
Raijin is a fast Thunder Attacker and Anticipation Hater with self-buffing skills. He has an Evolving Trait: At rank 0, he's Celestial, at rank 1, he becomes Immune to Cooldown Activations and, at rank 3, he'll apply Minor Blind to all enemies at the start of the battle. 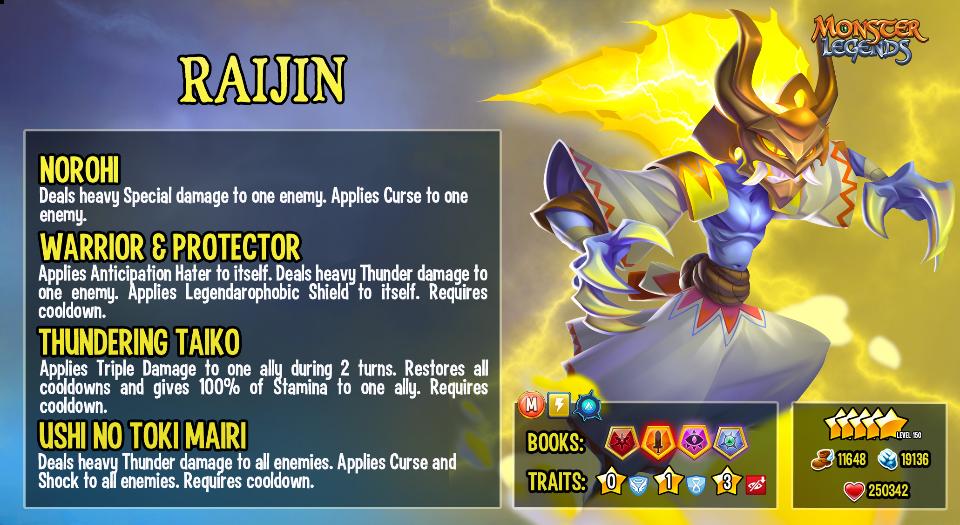 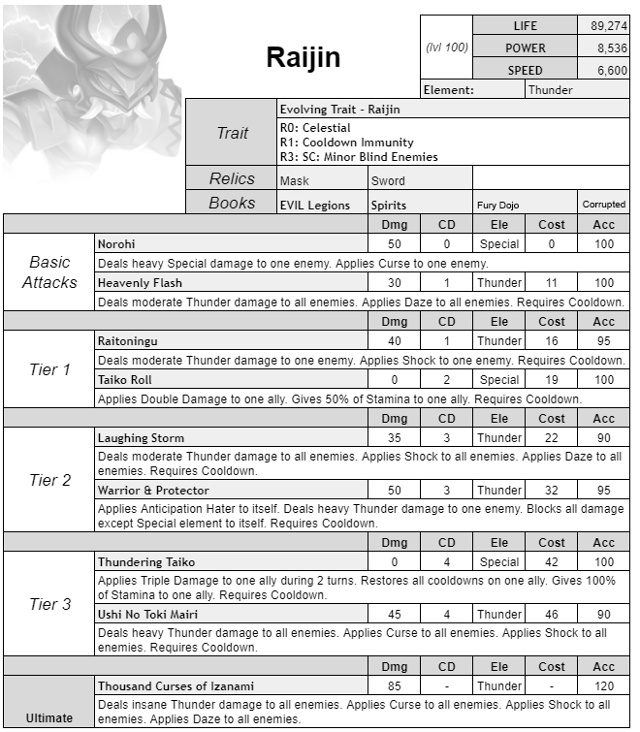