Melteus unblocks volcano craters for a living. He's there to melt or break all the nasty, big chunks of rocks that plug up the volcanoes. Without him, their eruptions would be out of control, meaning there could be some unpleasant surprises for the tribes of monsters living near them! He's very effective at his job but he's used to working alone, so he's not what you'd call friendly. When taken to a social event, Melteus can be even more aggressive and explosive than the volcanoes he clears while at work.

Melteus is a Fire Artifact who works both as an Attacker and as a Support monster. He has multiple Tortures, Shields, and Healing skills. He has an Evolving Trait: at rank 0, he's an Artifact and Season 5's Fugitive Hater, at rank 1, he gains True Vision and, at rank 3, he becomes a Status Caster, applying Ignition to all enemies at the start of the battle. 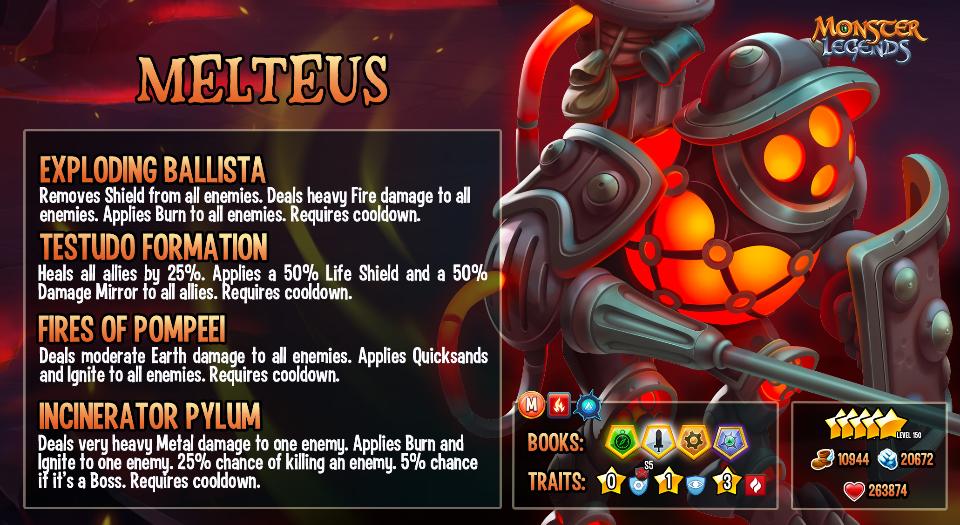 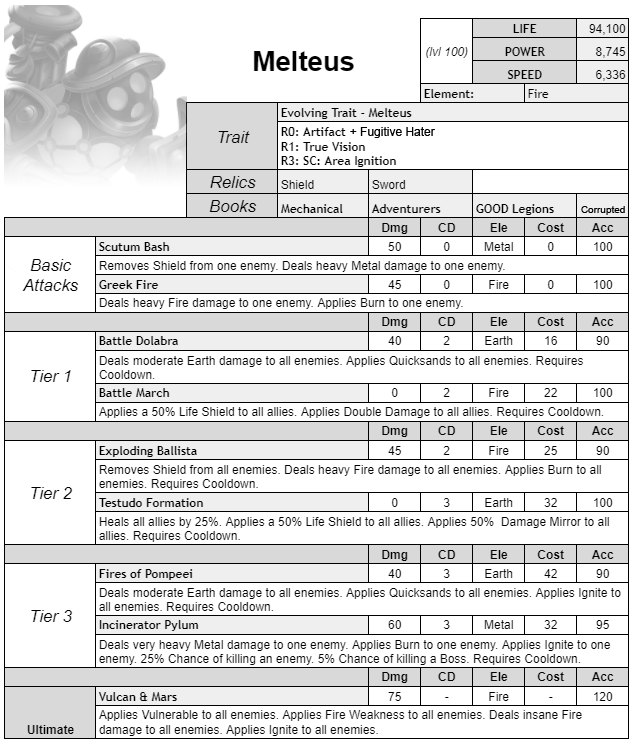