Viatrix's magical mud was famous in the Cardinal Forest so, when she ran out of ingredients to create them, she abandoned the Cardinal Forest and went on an expedition to find exotic plants and soil in a faraway jungle. There, she found the most incredible treasures that nature could offer.

Unfortunately, on her way out of the jungle, Viatrix was attacked by a band of second-class druids. Unlike her, they hadn’t been resourceful enough to find the extraordinary soil that she herself had collected, so they stabbed her in the chest and stole her treasure.

Viatrix died that day, but months later, Baba Yaga visited the jungle to find ingredients for her potions and immediately recognized Viatrix's body. Heartbroken, she decided to take her body back home and give her a dignified burial in her backyard.

The explosion of Lutum unearthed Viatrix's body but, to everyone's surprise, it also penetrated the wound in her chest and brought her back to life. However, as she woke up, Viatrix expressed that she had no intention of staying in the safety of the forest. "I'm not going to be of any use to anyone without the ingredients I was going to bring back from the jungle!", she said. She dusted herself off and, unafraid of bandit druids, made her way back to the jungle. The magical mud wasn’t going to make itself!

Viatrix is an Earth Controller with Cooldown Activation and Time Stop skills. She can also lose negative effects and gain Evasion and Stamina Regeneration or restore her allies' cooldowns. Viatrix has an Evolving Trait: At rank 0, she has Area Dodge, at rank 1 she becomes Immune to Sudden Death and, at rank 3, she becomes a Status Caster, gaining Evasion at the start of every battle. 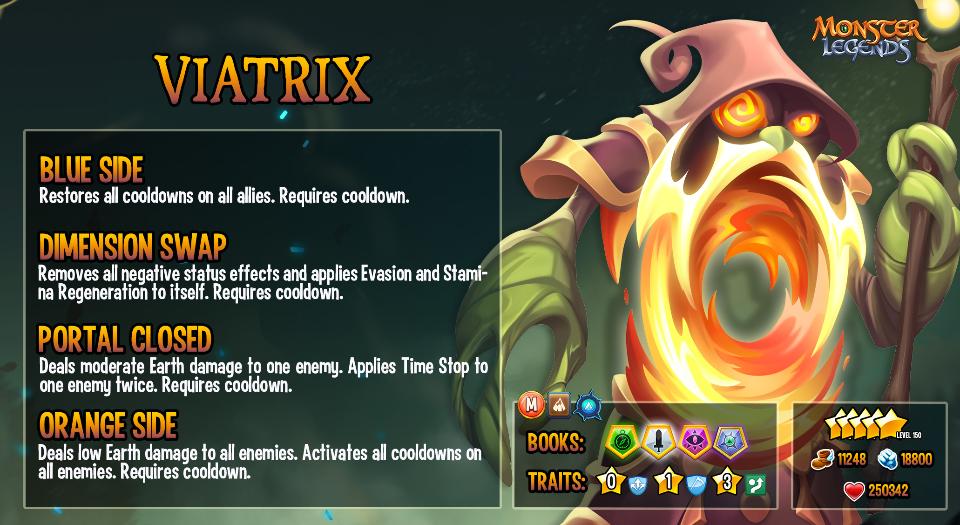 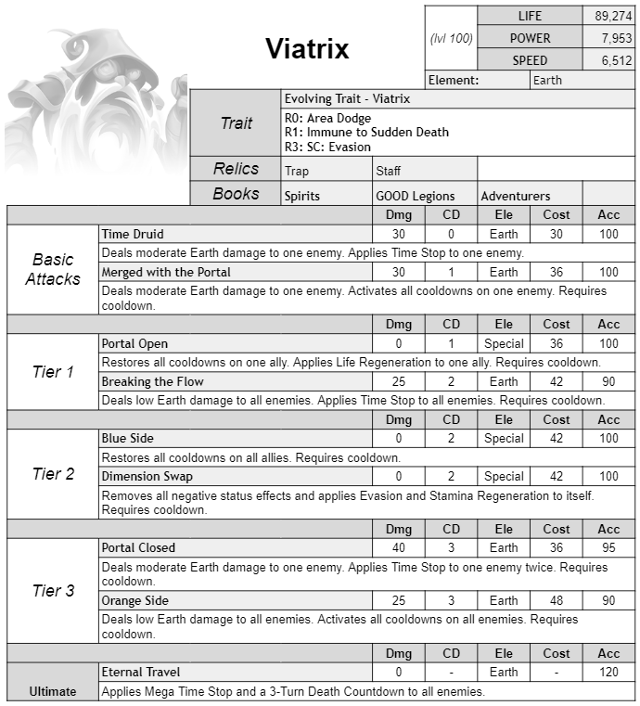