The awakening of Lord Nebotus' powers was too exciting for this dead monster to stay dead. In his previous life, Skelektron had been one of Nebotus' most fervent admirers but, similarly to his idol's fame, he had died young. However, now that Skelektron is back from the dead — even though it's hard to tell by his looks, he's also back in Lord Nebotus' renewed fan club, ready to follow his Corrupted leader anywhere he goes.

Skelektron is a Thunder Support monster with Resurrection and Damage Boost skills. He can also help allies by removing their negative effects or giving them Regeneration. Skelektron has an Evolving Trait: At rank 0, he's a Gravedigger, at rank 1 he becomes Hardened too and, at rank 3, he'll give Thunder Immunity to all his allies at the start of the battle. 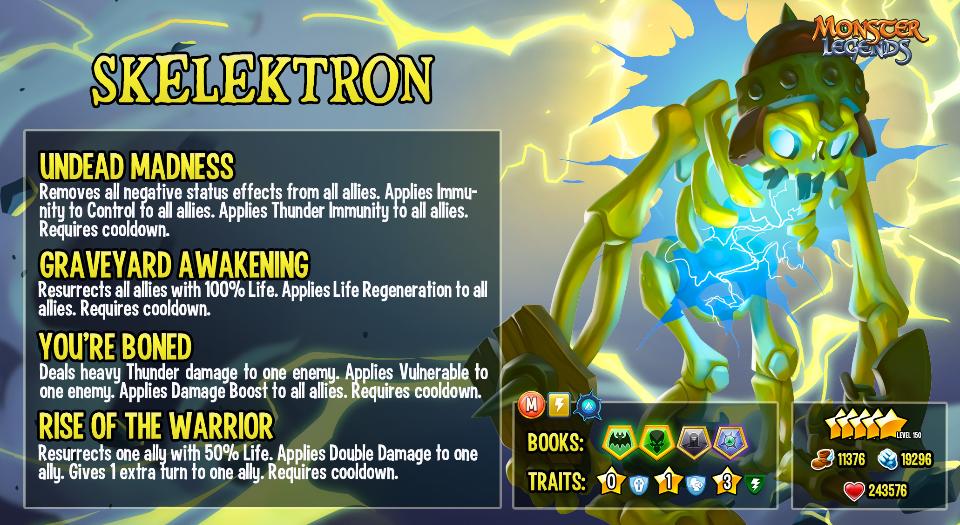 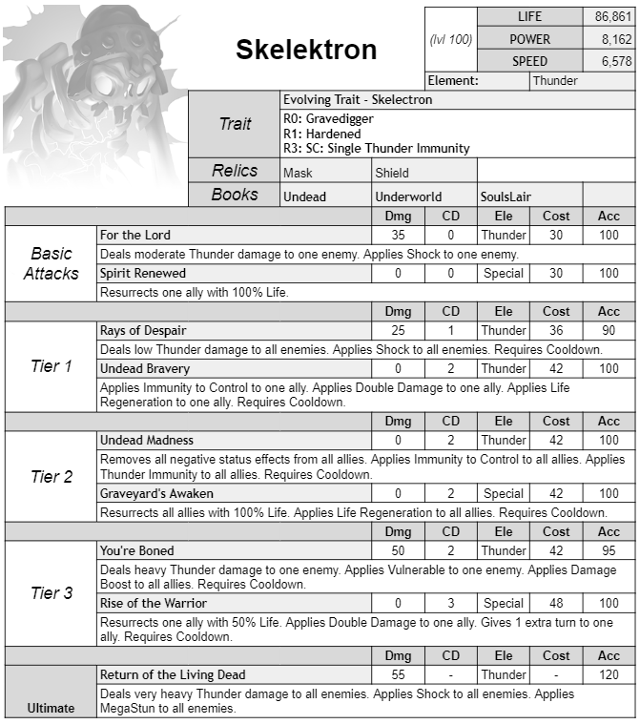