Turtlellion was the son of a successful merchant in the Light Kingdom. He had always lived a privileged life, away from hunger and poverty. After inheriting his father's business, he was able to prove his talent as a merchant too. He tripled the size of his existing fleet and covered routes all over Petra. He was richer than he could've ever dreamed of, and it showed. He had completely lost touch with reality. He lived in his mansion, surrounded by his servants and accountants, and never went out.

That was until the Kingdom was assaulted by Corrupted armies. Turtlellion never left his mansion during the attack. He was too afraid of someone stealing his riches. But then, after the attack, he wanted to see the state of the kingdom with his own eyes, and what he saw on the streets broke his heart. And that changed him forever. He opened his mansion's doors to all the inhabitants who had lost their homes, used his fleet to import all the materials needed for the reconstruction of the kingdom, and made sure no one ever went to sleep with an empty stomach. He also held meetings with Lady Meow, King Charmless, and King Daeron, and put his fortune at the service of the Kingdom.

War is a terrible thing, but it brought out the best in Turtlellion.

Turtlellion is a Magic Taunt Tank focused on Damage Protection and Reduction, Shields, and Poison. He has an Evolving Trait: at rank 0, he's Hardened, at rank 1 he becomes a Mountain and at rank 3, he'll gain Taunt at the start of every battle. 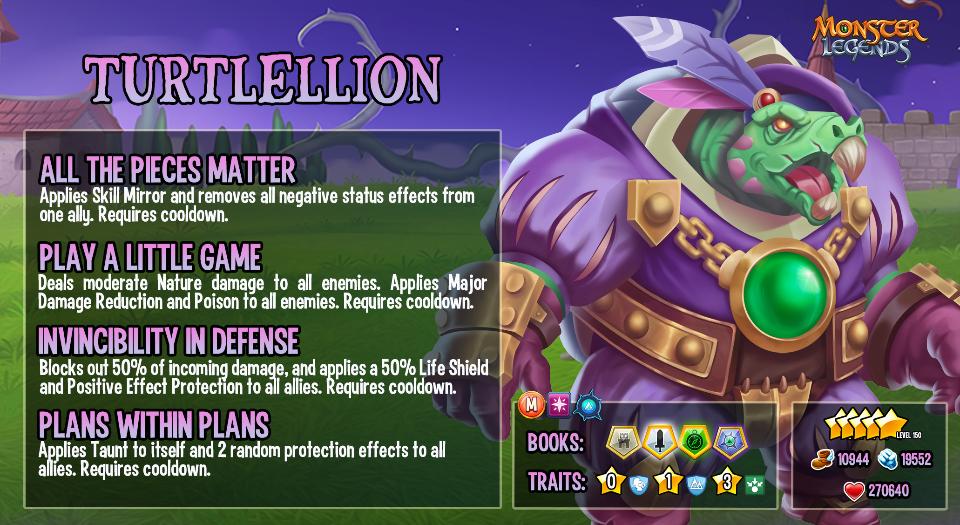 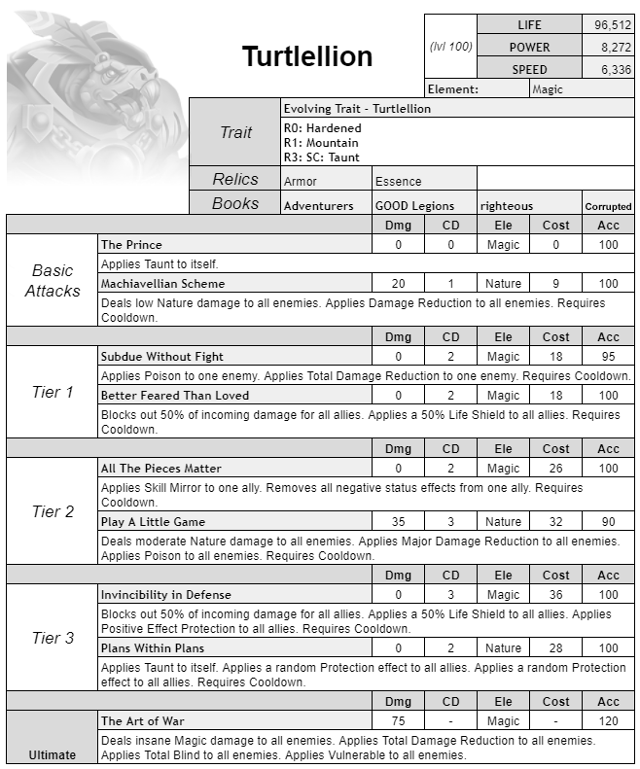