Kenrei was a noble samurai killed on a tragic night by a bandit called Kurai Kage. Back then, he was not as well-known, but every bit as blood-thirsty as he is now. Kenrei's spirit held onto his duty as a samurai, so it decided to stay and attached itself to his old armor, bringing it to life. The spirit started guarding the roads and protecting travellers from bandits and thieves, but when it heard that Kenrei’s killer had become a member of government, he knew that their country was in a crisis.

Kenrei’s spirit saw purification as a responsibility to actively take part in overthrowing Yaoguai Wangzhou. If it could get back at Kurai Kage in the process, then even better.

Kenrei is a Metal Tank with MegaTaunt and Shield Break skills. He can also gain a Skill Mirror and Damage Boost in one turn or apply a 3-Turn Death Countdown to an enemy. Kenrei has an Evolving Trait: at rank 0 he's Tough, at rank 1 he Blocks Resurrections on the battlefield and at rank 3, he gains MegaTaunt at the start of every battle. 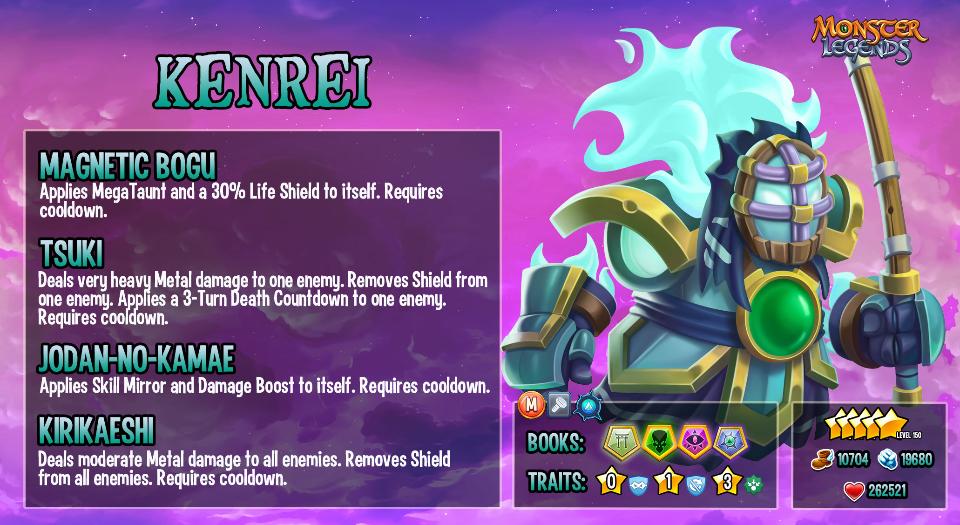 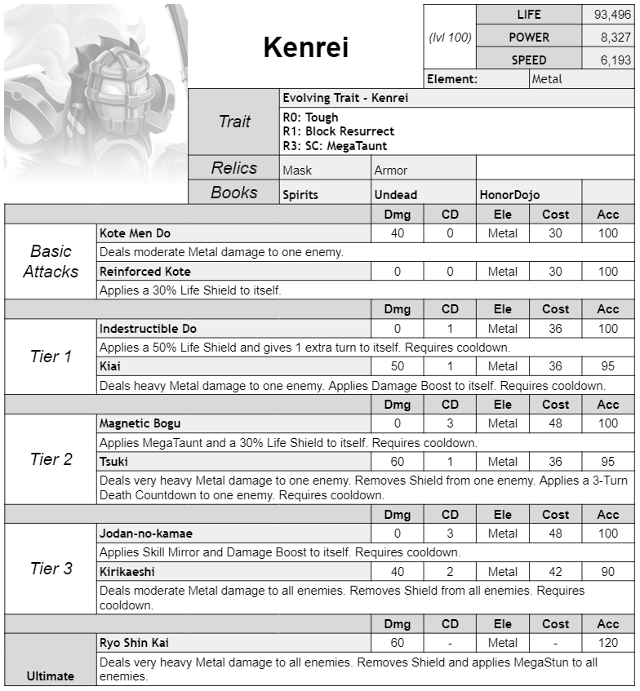