This alien witch had traveled across the entire Monster Legends Universe looking for remedies to cure several illnesses wiping out her species. She found what she was looking for in the north pole of Petra, the central planet. However, coming from a completely different climate, Frozynaut wasn't ready for the temperatures she suffered up there. She couldn't take them and, saddened by the idea of not being able to help her species, she froze into the arms of Cryotan.

Time passed and the climate conditions in the North Pole started to change slowly. Cryotan lost a part of itself, which became an independent monster, and Frozynaut defrosted. When she woke up, she felt a new strength and stood up. She realized she'd probably be running out of time, but she was determined to save her species. She collected all the remedies she needed at the top of the mountains and made her way back home. 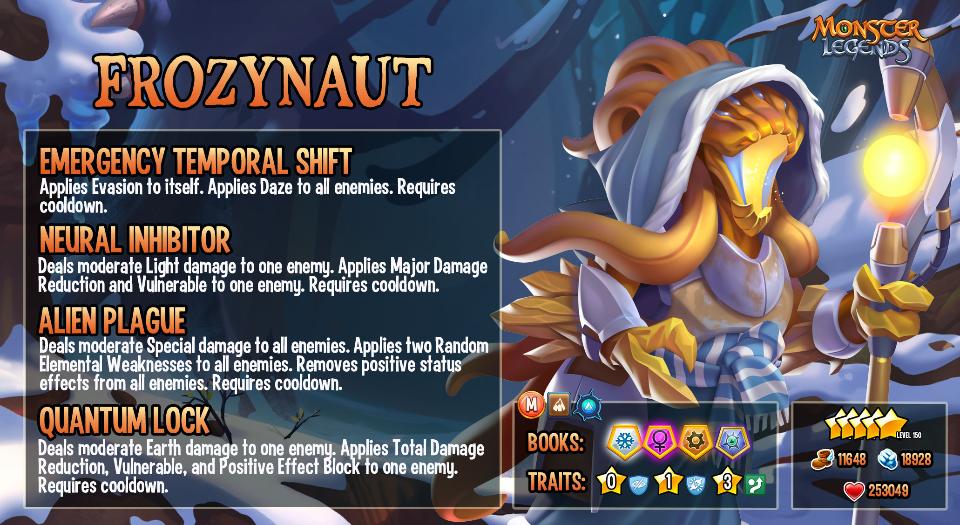 Frozynaut is an Earth Curser who can apply Damage Reduction and random Element Weaknesses. She has an Evolving Trait: at rank 0, she's Immune to Blind, at rank 1 she gains Immunity to Control and at rank 3, she'll gain Evasion at the start of every battle. 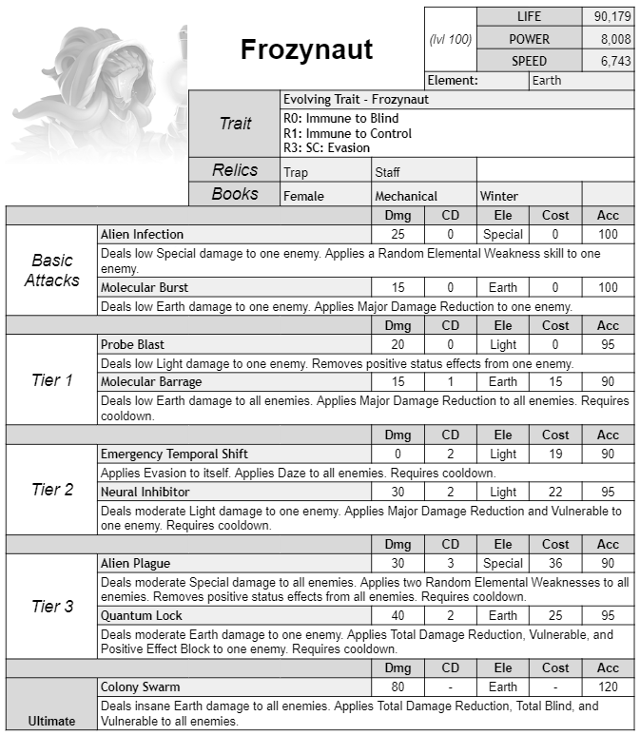