Kaori was born into a family of admired samurai warriors, but her fate was marriage and homemaking. Only by concealing her gender was she able to become a samurai too — the first female samurai! However, following her calling cost her lots of sacrifices, including her family, who disowned her.

She had spent most of her life alone, following her own path, but little by little, she made her way back to her homeland, the Eastern Regions. She didn't have the best social skills, but there were monsters who recognized her value as a warrior and approached her, so she ended up making good friends.

Then one day, everything went dark. Yaoguai Wangzhou proclaimed himself Emperor. His ways reminded Kaori of everything that had pushed her to become an outcast for most of her life, so she was truly scared and devastated.

She knew she had to fight the new power, so she started having conversations with some of her friends and, when she talked with Sensei Pandaken, Wing-su, and Master Rat, they immediately understood that it was Kaori's destiny to play a key role in the movement of resistance against the Emperor. And they had the right tool to empower Kaori too! They used the Corrupting Root to Purify her and she blossomed as Junsuina Kaori — she has the same sense of honor, but she also has more clarity and strength than ever!

Junsuina Kaori is a Thunder Attacker who can deal damage and apply Sunburn or Bleed as she gains one extra turn. She can also gain Damage Boost, Precision and an extra turn in one go. Junsuina Kaori has an Evolving Trait: at rank 0, she's Immune to Stun, at rank 1 she becomes Hardened and at rank 3 she gains Immunity to Thunder attacks at the start of every battle. 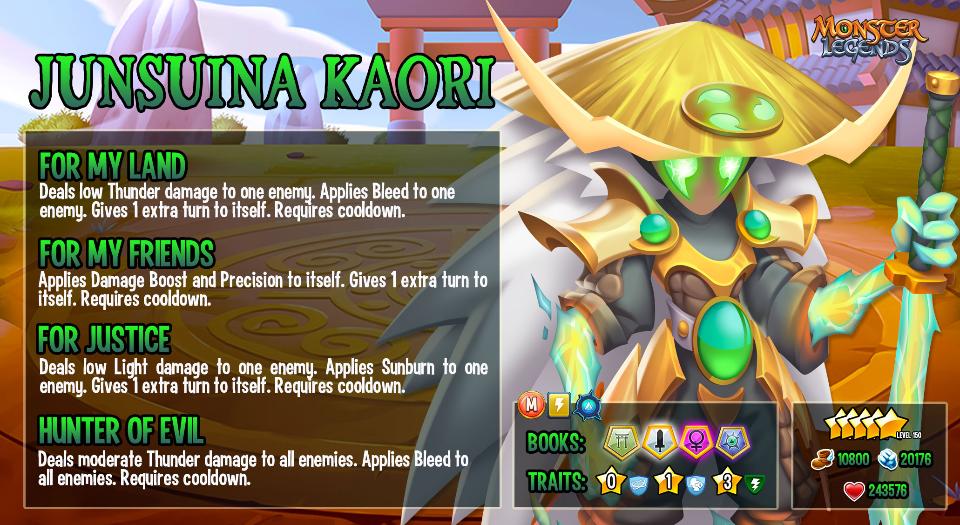 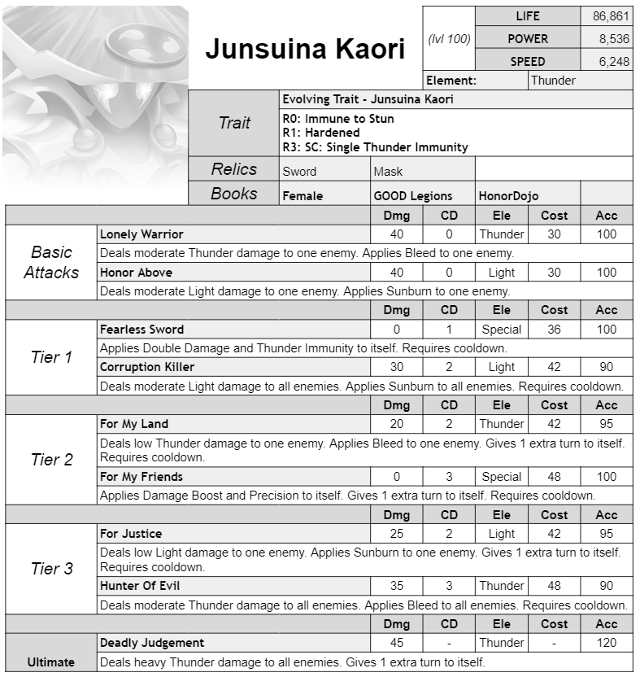