This dragon came from the other side of the Cosmic Portal. He was happily flying over the oceans of the Monster Legends universe when a wave of Lutum appeared out of nowhere and knocked him into the water! He swam to the surface of the ocean using his wings but everything had gone dark up there and, what was worse — the entrance to the Cosmic Portal was blocked. He couldn’t go back home.

Before he had time to react, he felt his body sink to the bottom of the ocean and, as it went deeper it transformed. His wings fell off and tentacles grew out of his sides. Scared of his new surroundings, Mojadrak tried to perform some attacks, but his abilities had also changed! He was very disoriented and it took him time to get used to his new habitat, but he became a better monster, not only physically, but also mentally. He was once a pretty aggressive creature, but now he protects others. He's made good friends at the seabed and is pretty happy in his new environment.

Mojadrak is a Water Tank with Taunt as a trait and Shield skills. He can also use status effects such as Drowned, Freeze, True Vision, Damage Protection, or Stamina Regeneration, or remove negative effects from allies. Mojadrak has an Evolving Trait: at rank 0, he has Taunt, at rank 1 he becomes Immune to Ignite and Burn, and at rank 3, he gains a 50% Life Shield at the start of every battle. 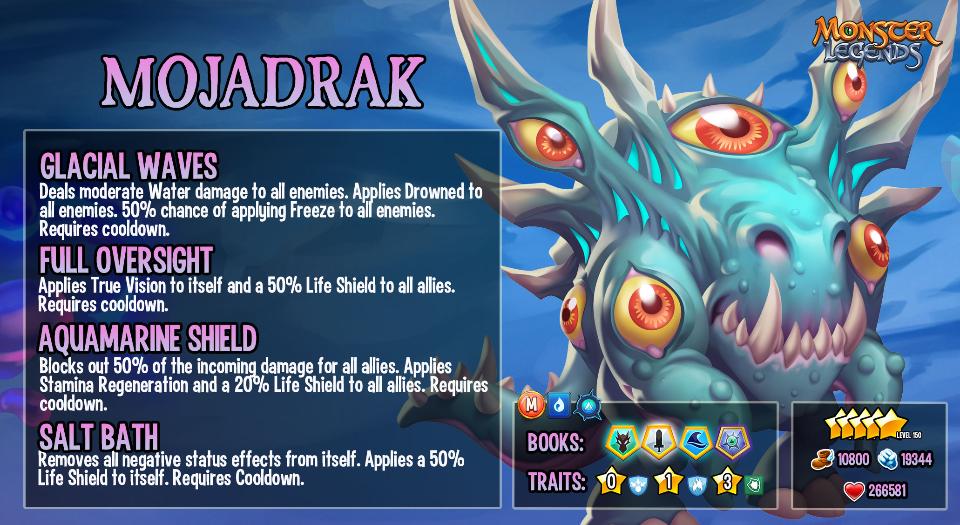 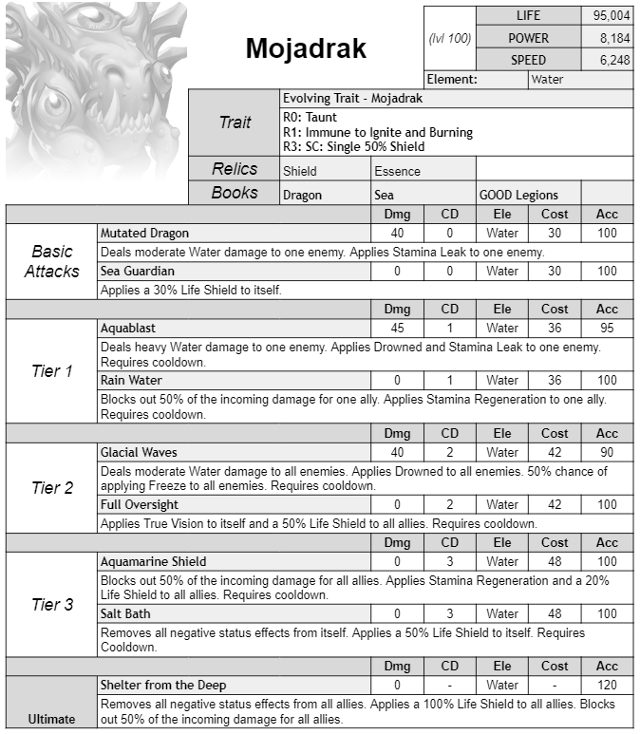