King Daeron's kingdom has always been very stable, probably because of the variety of counselors he surrounds himself with. They come from all backgrounds — from war strategists to historians or wizards. One of Daeron's monsters of trust is Royal Magus.

What makes Royal Magus unique, and an excellent monster to have at hand, is her eyes. She has three magical eyes with different powers: With one of them, she can see what's happening far away from the kingdom. With the second eye, she can see the near future and, with the third, she sees the truth inside others. She’s almost impossible to fool. 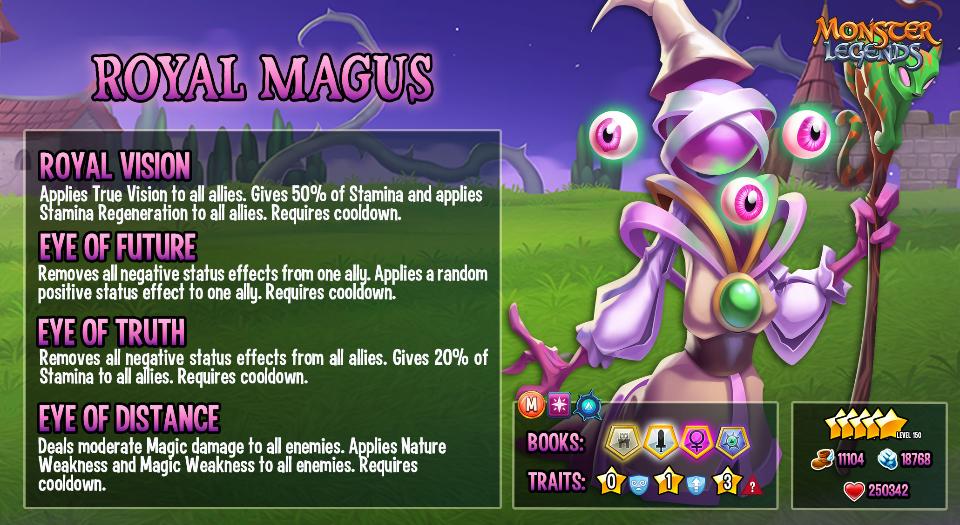 Royal Magus is a Magic Support monster with Damage Boosts and Stamina refill skills. She has an Evolving Trait: at rank 0 she's Immune to Possession, at rank 1 she becomes Super Attuned and at rank 3, she'll apply a random Elemental Weakness to all enemies. 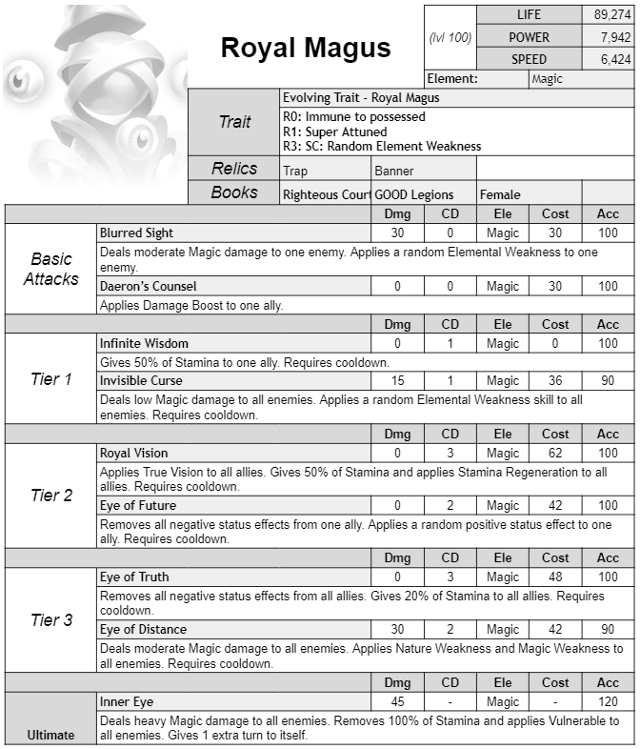