King Daeron and Warmaster Remntar are two outstanding monsters but, historically, they've had their little disputes. Nothing major, but Warmaster Remntar is always very busy and travels a lot, and King Daeron is very demanding and constantly needs his service. He tends to think that, because he had the courtesy of giving Remntar a workshop and a home inside his kingdom, the Warmaster should always put royal priorities first.

Eventually, they came up with a solution: Remntar's nephew and apprentice, Hammergrom, would become Daeron's personal armorer and act as a link between him and Remntar. Hammergrom turned out to be a perfect fit for King Daeron. He's become a protector and advisor who always has a seat at Daeron's table. Now the King doesn't go anywhere without him!

Hammergrom is a Metal Tank with MegaTaunt and Skill Mirror skills. He can also gain Damage Boost or apply Sunburn. He has an Evolving Trait: at rank 0, he's a Bulwark, at rank 1 he gains Immunity to Stun and at rank 3, he gains MegaTaunt at the start of every battle. 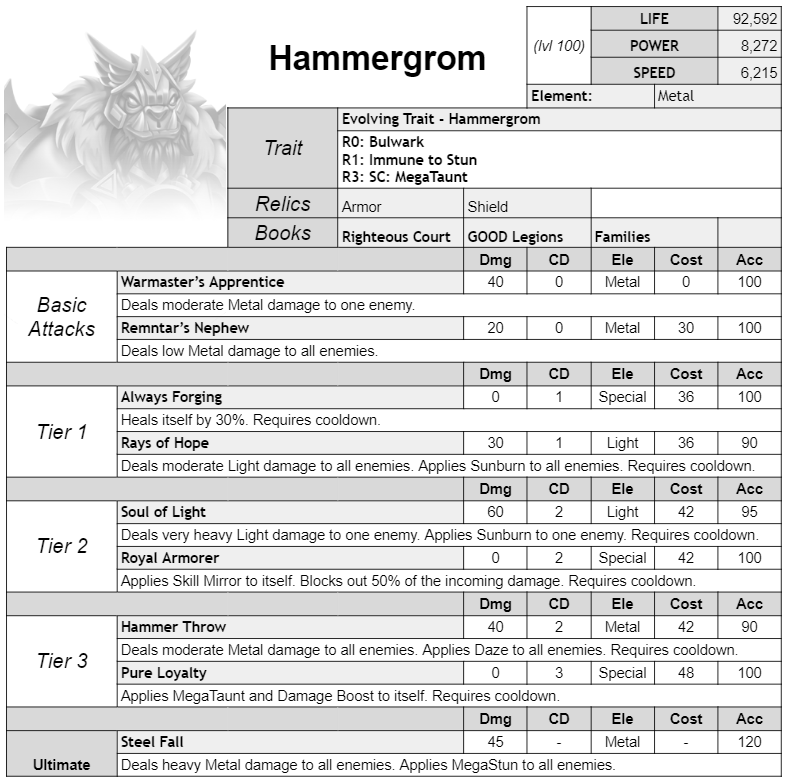