This frog lived his whole life in the gardens of King Daeron and Queen Luthien’s castle. He grew up sneaking into their library to read all their books, studied their battle skills, and emulated their manners. All he wanted was to become a charming prince. One day, he convinced Bella Baal to kiss him and help him fulfill his dream, but when she did… he didn’t become a charming prince, but Prince Charmless.

However charmless he might have been, this Prince was still valiant, honorable, and educated, but King Daeron never respected or involved him. That was, until the Corrupted monsters assaulted the Light Kingdom. During the assault, Lady Meow, who did admire Prince Charmless, Purified him. She knew he would be a great ally against Corruption. With his acquired new strength, he was able to save the Castle and King Daeron.

Such was the loyalty shown by Charmless that King Daeron finally gave him recognition. He named him King of the Royal Gardens in the Light Kingdom. Long live King Charmless! 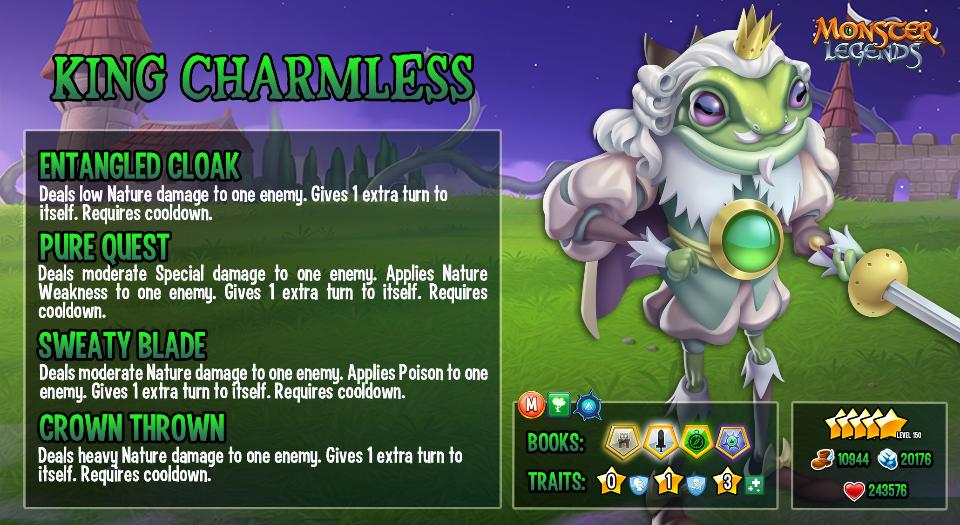 King Charmless is a Nature Attacker with several Extra Turn skills. He can also apply Poison and Nature Weakness. King Charmless has an Evolving Trait: at rank 0 he's Hardened, at rank 1 he becomes Immune to Poison and, at rank 3, he becomes a Status Caster, gaining Life Regeneration at the start of every battle. 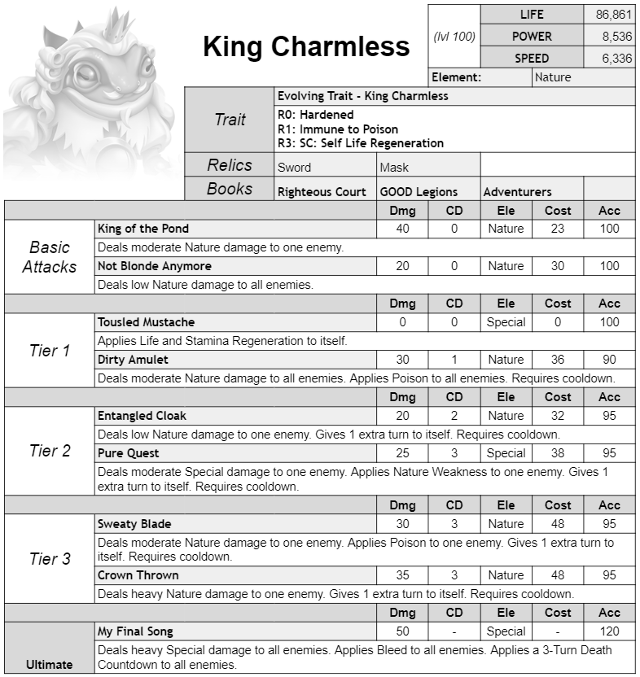