ZHC worked for Borjork as a jailer. In his free time, he also created new weapons out of broken ones. Borjork was very fond of ZHC’s work, but he’d expected him to be a bit crueller towards the prisoners under his custody, so he tried to manipulate him into becoming more brutal by giving him Lutum.

Borjork’s experiment went wrong and ZHC turned out to be a kind-hearted monster who’d been sticking to doing his job but had no desire to hurt anyone. Corruption didn’t make ZHC entirely Pure, but it made him brave enough to abandon Borjork and sabotage his evil plans. Now ZHC’s like a nemesis for bad orks! 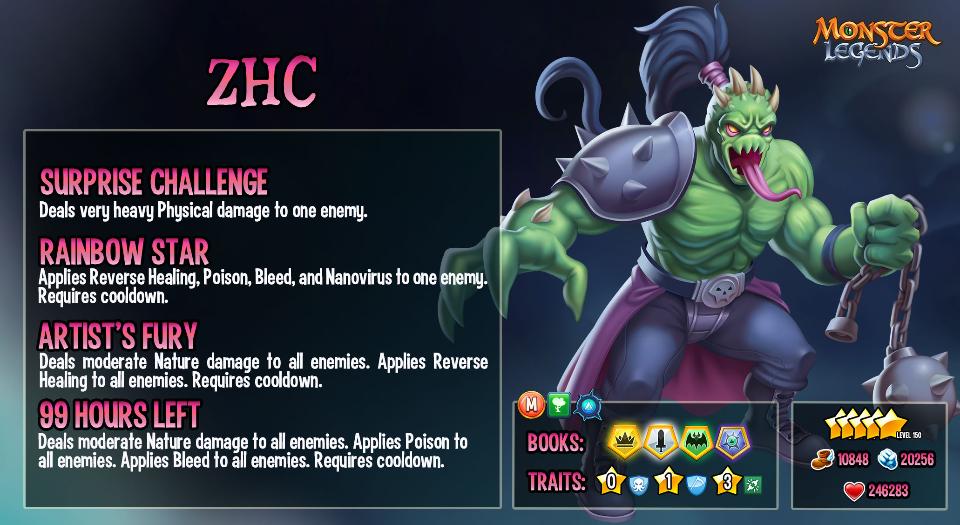 ZHC is a Nature Attacker with Reverse Healing and Torture skills, like Poison, Bleed, or Nanovirus. He has an Evolving Trait: at rank 0 he's an Abomination, at rank 1 he becomes Immune to Sudden Death and, at rank 3, he becomes a Status Caster, gaining Immunity to Control at the start of the battle. 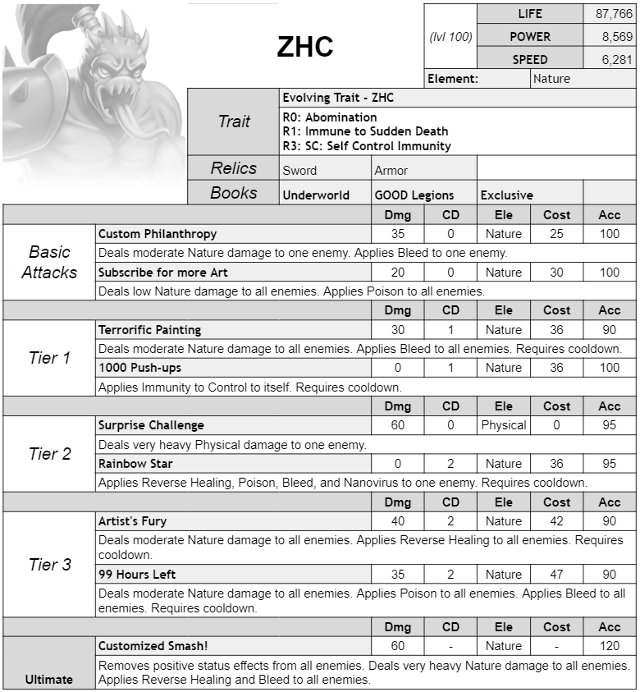