Rudechaw used to be an angry little creature, always looking for something to bite to calm his anger. One day, like any other, he was on the side of a road, furious, looking for something or someone to bite, when he ran into Fayemalice. He jumped onto her but she pushed him off easy and skillfully. He got scared of her power and was about to run away when she called him.

"Come with me to the Village of Adventurers, fight by my side there and I promise that you'll be able to bite or, for all I care, eat anyone you want there".

Rudechaw accepted and Fayemalice pulled out a Root. She pointed it at him and Corrupted him. However, his transformation took an extremely long time. By the time Corruption had soaked into his teeth, Fayemalice had had to leave without him. So there he was, alone, Corrupted, furious and with nothing to bite, when he saw Neurofunk. He could tell that he was a Corrupted monster too, so this time he didn't try to attack. Instead he convinced the living fungus to bring him along on his journey. That way, every time they got into a fight, he would have a good excuse to bite. 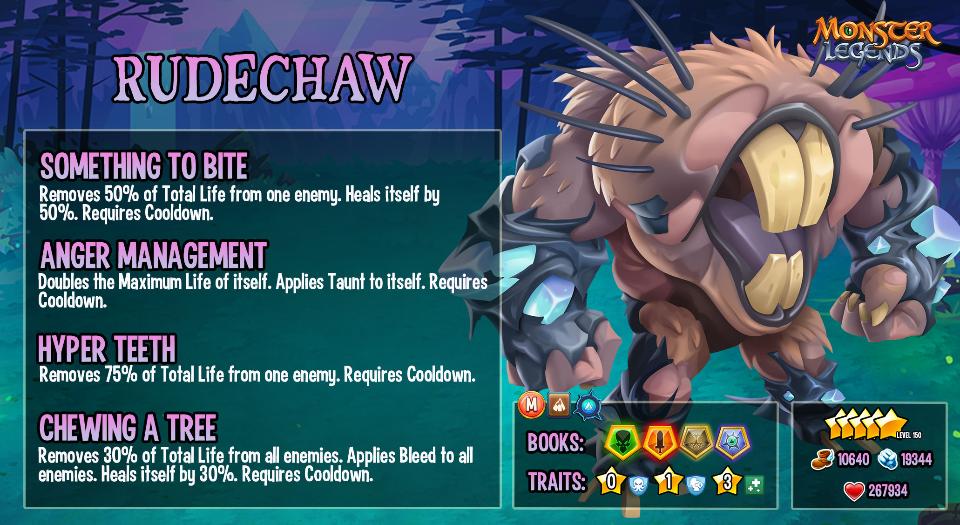 Rudechaw is an Earth Tank with Damage-by-percentage and Healing skills. He can Remove 30% of Total Life and apply Bleeding to all enemies and Heal himself by 30%, or Remove 75% of Total Life from one unlucky enemy! Plus he can apply Double Life and Taunt to himself. It doesn’t stop there; he has an evolving trait! At rank 0, he gains Abomination, at rank 1 he gains Tough, and to top it off, he becomes a Status Caster at rank 3, gaining Self life Regeneration. 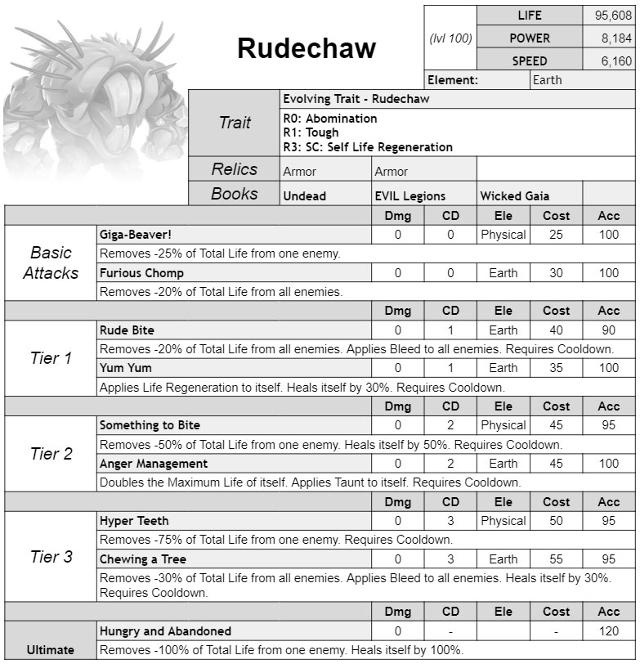