Back when The One Who Would Be Lord was looking for Stardust in the Cardinal Forest, he walked by a fungus which he found remarkable. It was a living creature, called Neurofunk, with a level of intelligence superior to most monsters, but handicapped by a total lack of feelings — well, "handicapped" according to forest spirits, not to The Lord, who thought that it was that combination of total intelligence with no feelings what made it remarkable.

After discovering Lutum, The Lord didn't forget about Neurofunk. In fact, he risked himself by going back to the forest to find it. He was extremely cautious not to get caught since, before getting his relics back, he wasn't ready to face any battles.

He succeeded: He found Neurofunk and Corrupted it. The fungus immediately obeyed him and became his servant. Without feelings, it didn't have second thoughts or remorse, so it would always execute orders and never change sides. 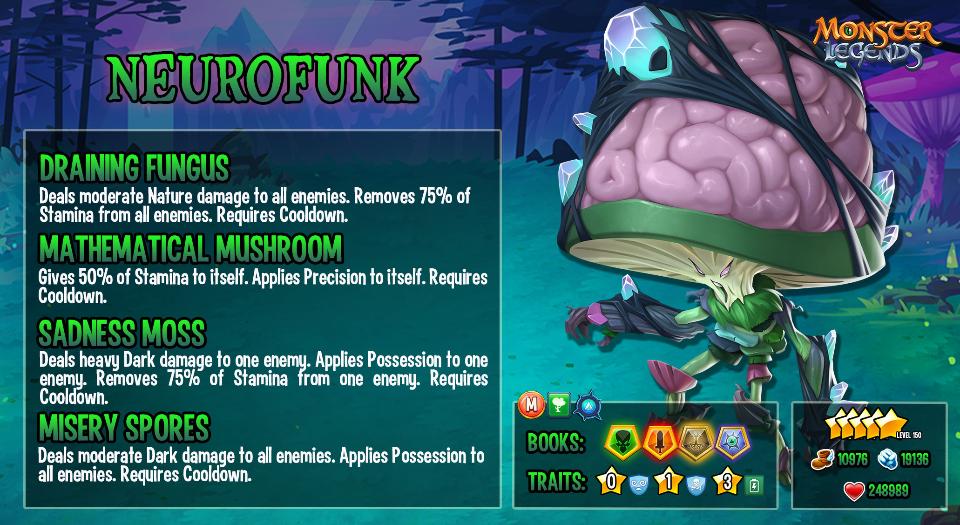 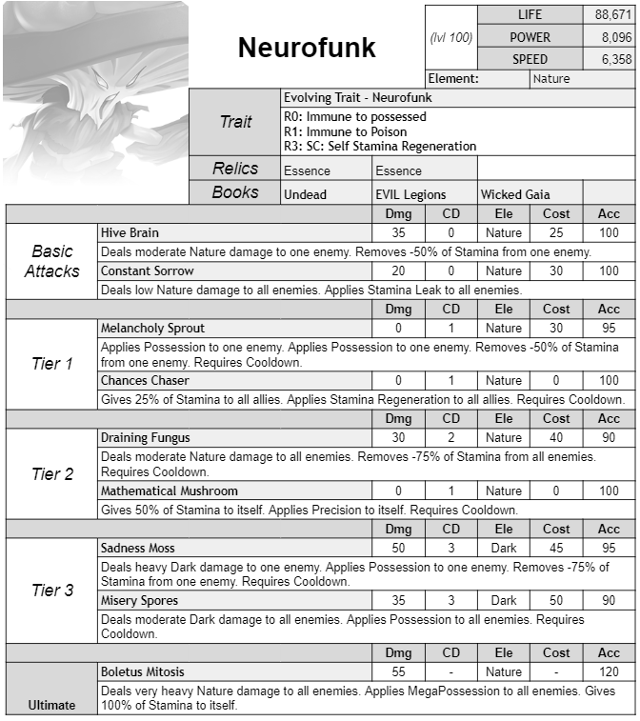