There are many guards in the Light Kingdom, but none of them quite like Equaleria. She’s Pure by nature, but that purity has flourished more than ever in the present Corrupted Era context. She seems to be everywhere — one minute she’s organizing the guard change and the next she’s giving her report to King Daeron, and now more than ever, she has developed a special sense to detect danger, something like an inner radar… She can tell danger is round the corner of the previously peaceful Kingdom. 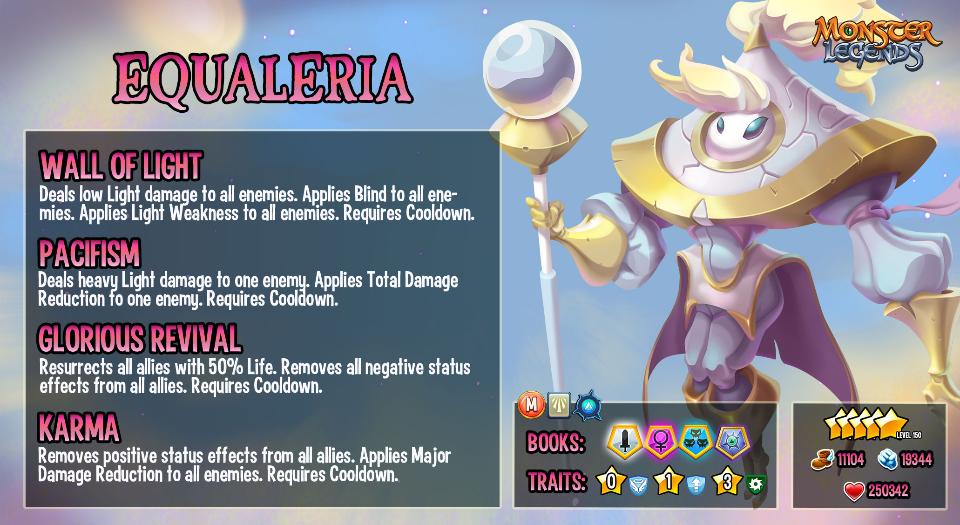 Equaleria is a Light Support who debuffs her enemies and resurrects her allies. She can Resurrect an ally to 50% of its Health, or she can deal Medium Damage to an enemy and apply Total Damage Reduction too. She can apply Positive Effect Removal and Major Damage Reduction to all enemies. Plus, she can Resurrect all allies and give them Double Damage. Her evolving trait is as follows; Celestial at rank 0, Attuned at rank 1 and she becomes a Status Caster at rank 3, gaining Self Torture Immunity. 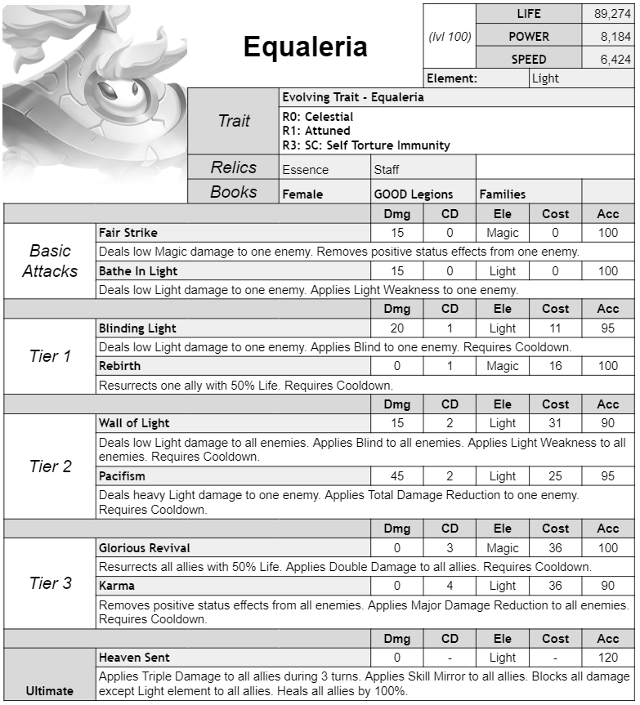