Mouseron had always thought himself a bit different to the rest of his neighbors. In the Village of Adventurers, every other guy was a hero but he used to wonder "Do I really want to be like them?".

When he was young, he and Noahrian played heroes and villains. Mouseron was the villain and he kinda liked it so, when Noahrian became Noahgnarok, the hero he had always wanted to be, Mouseron began to feel a natural hatred for his friend. He fantasized about being a bit more like the wicked character he played in games.

He started with little sabotages here and there. It felt good to break the monotonous harmony. As time passed, he sought guidance from real villains but, instead of finding someone, it was him who was found. A monster, who told Mouseron to address him as "My Lord" offered to make him the villain he really wanted to be. After that proposition, Mouseron asked only one question: "Will I be stronger than Noahgnarok?". Having heard the answer, he was convinced and committed. 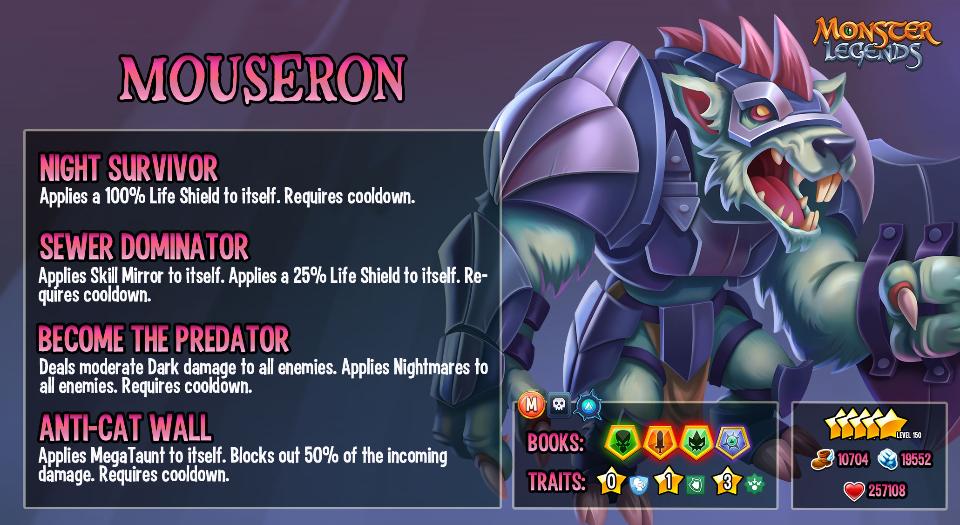 Mouseron is a Dark Tank with MegaTaunt and Shield skills. He can also deal damage and apply Nightmares to enemies or gain a 25% Skill Mirror. He has an Evolving Trait: at rank 0, he's Tough, at rank 1 he'll gain a 50% Shield at the start of the battle, and at rank 3, he'll also gain MegaTaunt at the start of every battle. 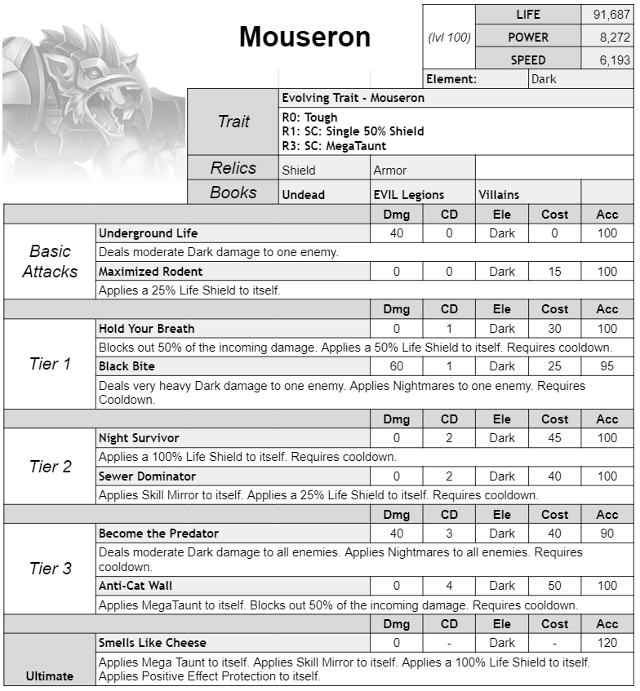