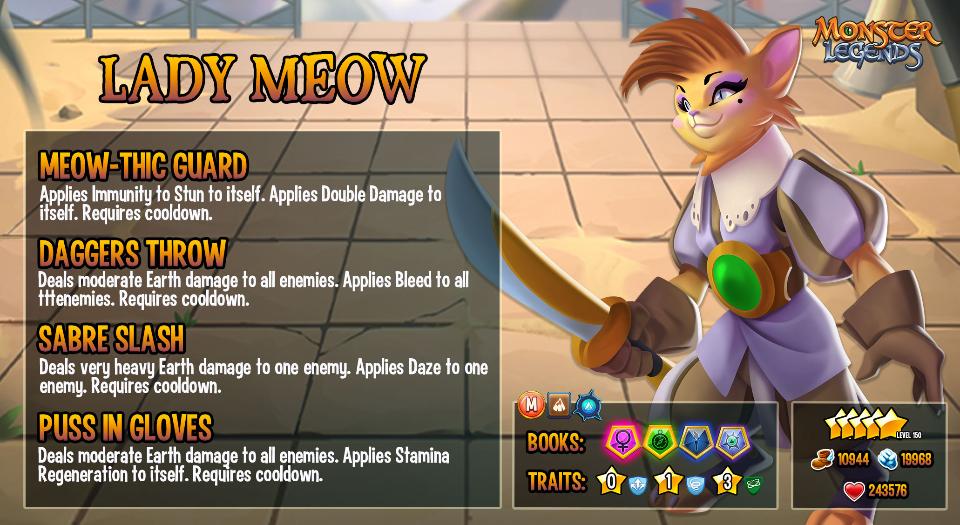 Lady Meow is an Earth Attacker with Area-Dodge as a Trait. She can deal lots of damage to enemies and make them Bleed, but she can also gain Stamina Regeneration, Stun Immunity, or Double Damage. She has an Evolving Trait: She has Area Dodge at rank 0, gains Immunity to Daze at rank 1, and at rank 3, she becomes a Status Caster, gaining Immunity to Stun at the start of every battle. 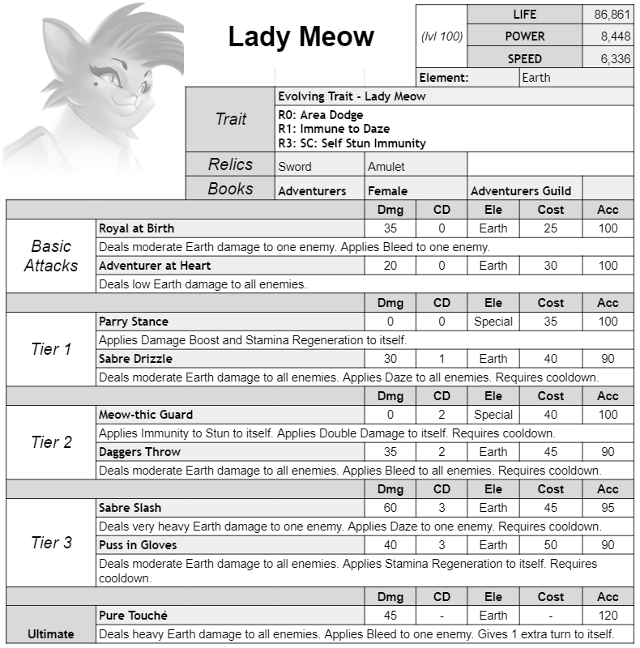