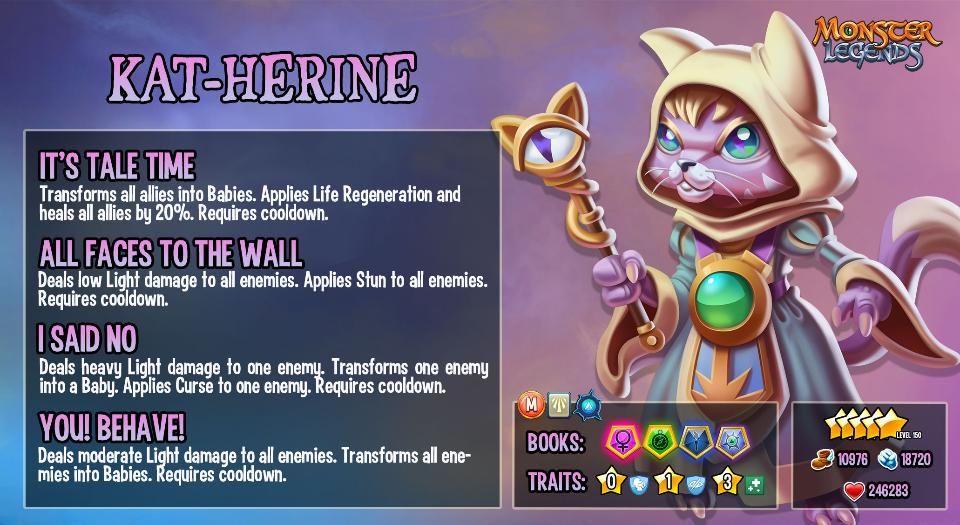 Kat-herine is a Light Control monster with Stun and Baby Reversion skills. She can also Curse or Stun enemies, or Heal allies. She has an Evolving Trait: at rank 0, she's Hardened, at rank 1, she becomes Immune to Blind and, at rank 3, she gains Life Regeneration at the start of the battle. 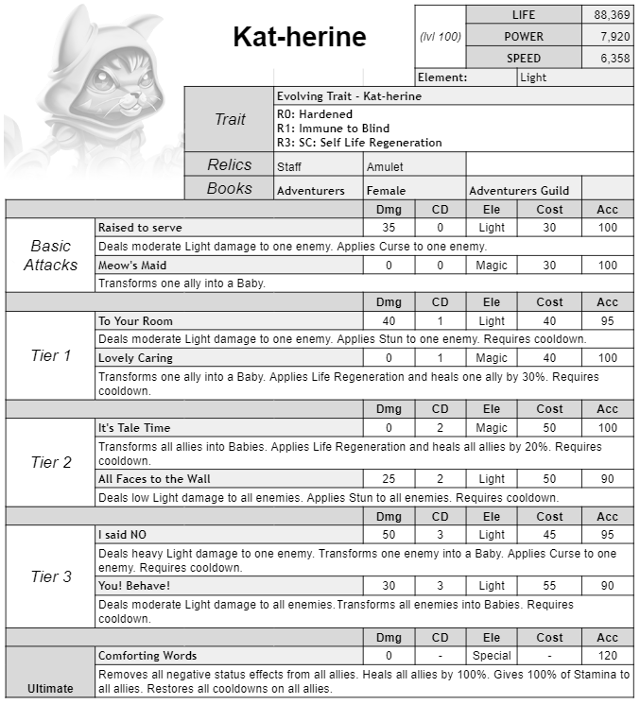