Years ago, Basthet was a global superstar. Everyone wanted her in her team for her amazing Shield skills. She had so much work that, eventually, she got tired and decided to retire while she was still young. She went back to her homeland, built herself a palace, and her people were so happy to have her back that they made her a queen, while Viperhotep, Akhenotep, and others realized that they had spent years fighting over a throne that no one wanted them to sit on.

Basthet was a great queen. She held banquets for her subjects and was fair to everyone. Everyone in her family loved their new life as royals... Everyone but her younger sister, Ferrata, who had grown up hearing about her sister's great battles. All she wanted to do was to go out into the world and earn everyone's respect like her sister had done before.

When Ferrata told Basthet about her decision to leave the court and start her own journey, she understood immediately: "If you work hard enough, you can be 10 times better than me. Start your journey, little sister. Make me proud."

Thus, with her sister's blessing, Ferrata traveled west and started her new life. 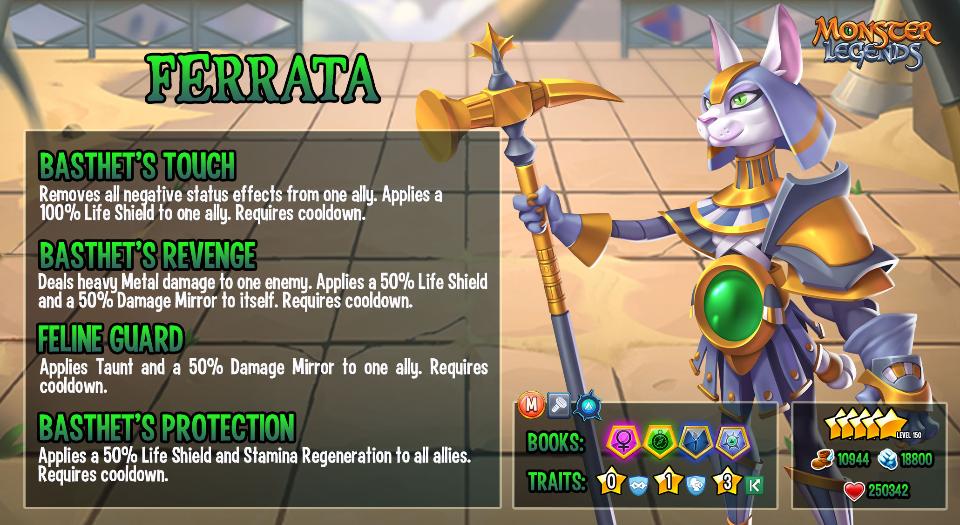 Ferrata is a Metal Support monster with Shields, Damage Mirrors, and Anticipation. She can also apply Taunt or Stamina Regeneration to an ally, or remove their negative status effects. She has an Evolving Trait: at rank 0 she has Anticipation, at rank 1, she becomes Hardened and, at rank 3, she gains a 50% Damage Mirror at the start of the battle. 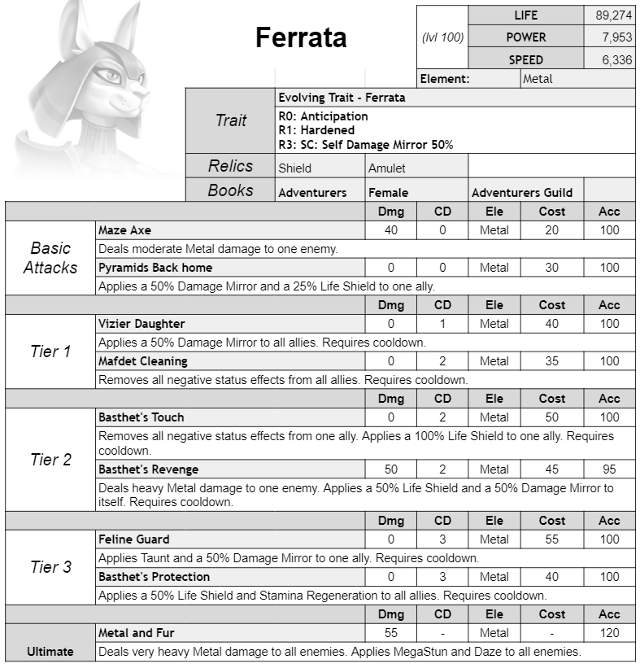