When he was young, this monster wasn't much of a warrior. He read a lot and knew about different cultures and he liked to study History. So when a war broke out over the sovereignty of a river between his tribe and the one on the opposite riverbank, he served as a mediator.

He was intelligent and eloquent, and he quickly earned the respect of the chiefs of the enemy tribe. He somehow became friends with them. They would invite him over for big meals and give him magnificent jewelry, but as he became closer with them he seemed to lose the trust of his own family and friends back home.

Then one day, Oliphanatic was returning home after a big party at the other side of the river, and he didn't realize that he was being followed. When his tribe's guards opened the gates of the protection fence to let him in, the enemy tribe took advantage of him and stormed his family's and all the other huts.

After this abhorrent event, they had no choice but to surrender. Without homes, they had lost the war and blamed Oliphanatic for it.

They went to a new land and turned their back on him. He was left alone with no family or friends and felt he had lost everything. That dark shadow is what drives him now. He's reinvented himself as a somber warrior and is determined not to trust anyone ever again. 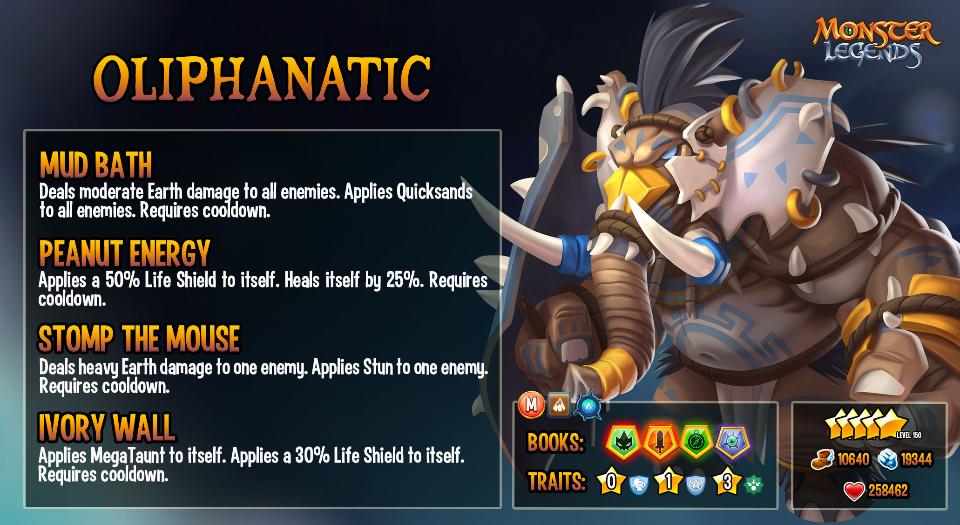 Oliphanatic is an Earth Tank with MegaTaunt and Shield skills. He can also Heal himself, Stun an enemy or apply Quicksands to all enemies. He has an Evolving Trait: at rank 0, he's Hardened, at rank 1, he gains Immunity to Curse and, at rank 3, he gains MegaTaunt. 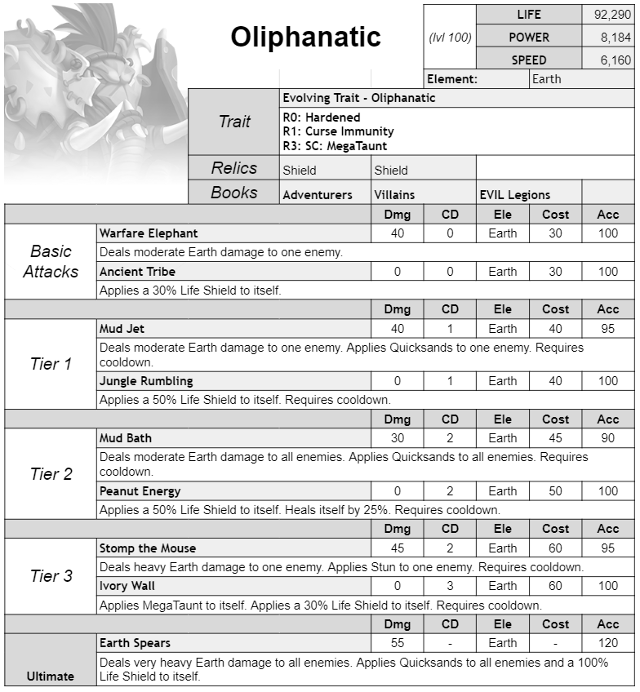