After the explosion of Lutum, the center of the forest was a mess. There was soil everywhere, lots of trees had fallen, and many monsters had lost their habitats. Warmaster Zahra felt responsible for the disaster since she hadn't been able to stop the intruder. But she was also badly wounded after fighting him and not in the mood to lead all the work that needed to be done.

Luckily, the ancient spirits of the forest are always watching over its inhabitants. One of them was Kernel Pip, who incarnated into a plant and took the lead on the reconstruction tasks. However, he's not the most diplomatic branch in the tree. He's a grumpy spirit, but when he's around stuff gets done. He has great plans too, because he noticed there's still a lot of Lutum sitting under the roots and, as dangerous as this substance may be, if it falls in the right hands, it's precious. 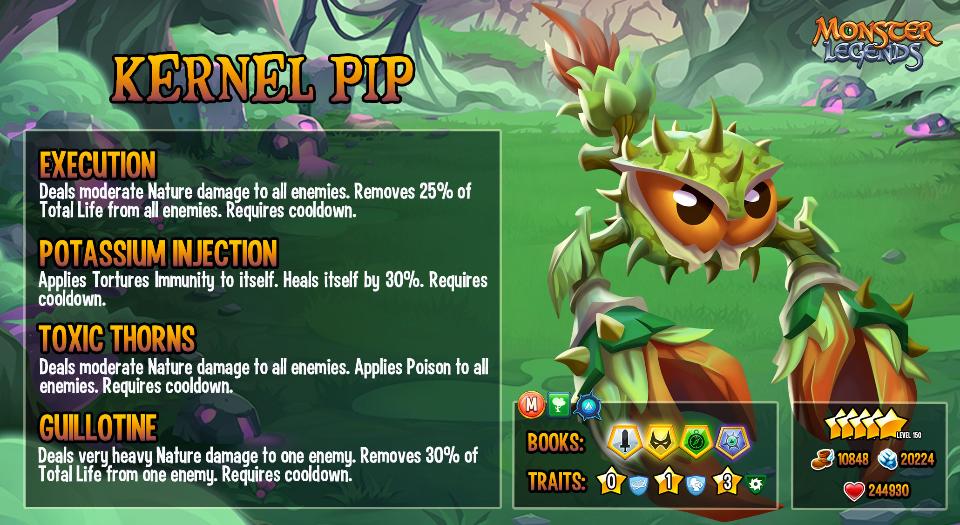 Kernel Pip is a Nature Attacker. His skills remove Life by percentages, so he's great against Tanks. He has an Evolving Trait: at rank 0, he's Immune to Stun, at rank 1, he becomes Tough and, at rank 3, he becomes Immune to Tortures. 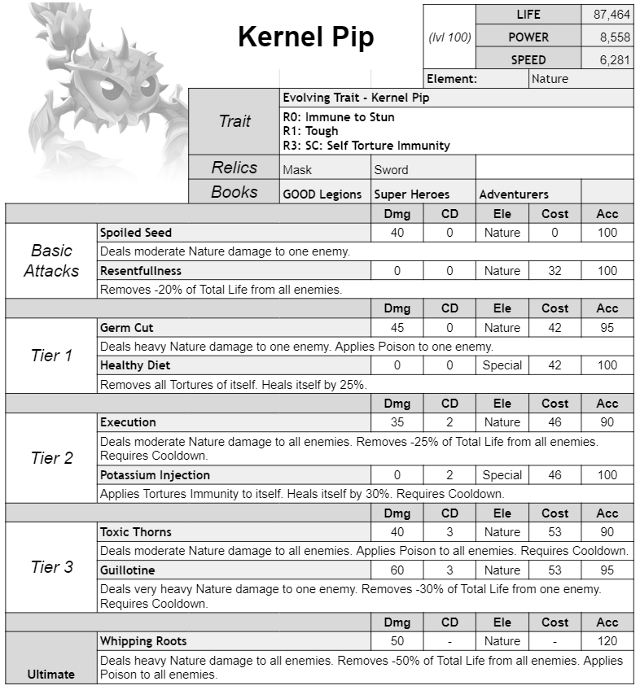