Minos lived inside one of Daedalus' impressive labyrinths. Legend has it that he was trapped there, but the truth is that Minos knew his way in and out very well. He enjoyed defeating arrogant knights who wanted his head as a trophy. However, eventually, one of those knights did kill Minos and buried him on the edge of the Cardinal Forest.

Years passed and the beast fell into oblivion, but when someone looking for Stardust unearthed all the Lutum under the roots of the Cardinal Forest, the wave of this substance reached Minos’ body. Look out – he’s woken up and is filled with Corruption! 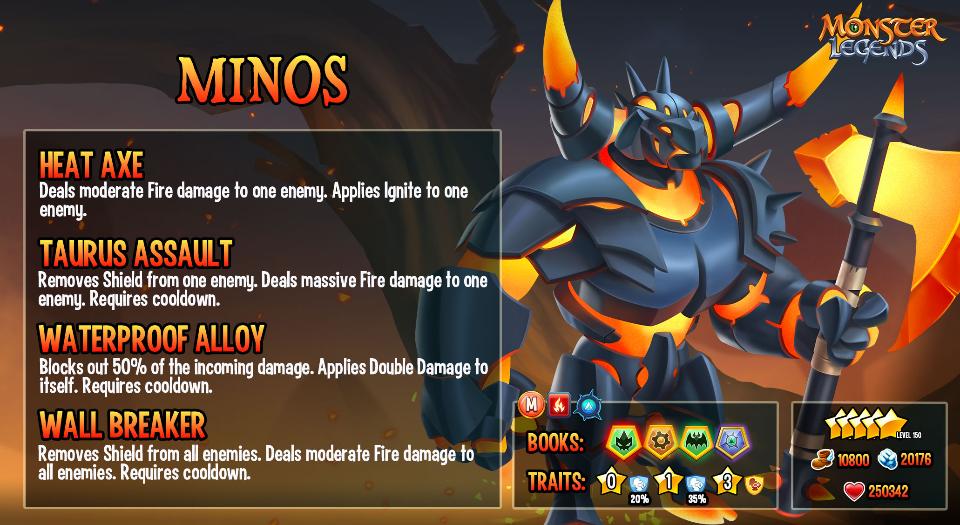 Minos is a Fire Attacker with Shield Breaking skills. He can also gain Damage Protection and Double Damage in one go or deal damage and apply Ignite to an enemy. Minos has an Evolving Trait: at rank 0, he's Hardened, at rank 1, he becomes Tough and, at rank 3, he becomes a Bulwark! 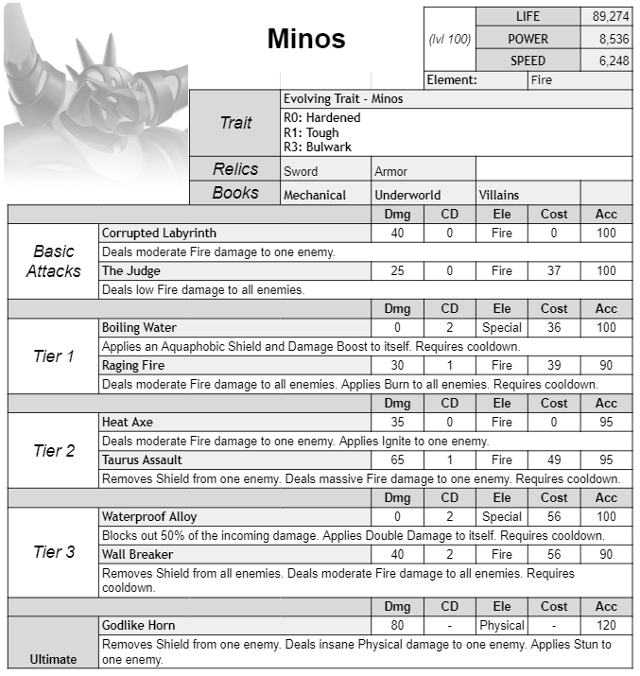