Master Rat was always a bit of a nerdy guy. He didn't have many friends, but the ones he had were the best: Pandaken and Wing-su. The three of them were together when Fayemalice tried to use the Corrupting Root her Lord had given to her to corrupt and make them evil, but her attempt failed. These friends were good at their core, so when she transformed them, she took away the residual evil every monster had inside them and made them Pure.

Now, Master Rat's nerdiness has turned into true wisdom, and he's made it his mission to use that wisdom to understand how Corruption makes some monsters pure evil and others pure virtue. Once he finds out, he'll be able to control it and stop the evil from spreading across the universe of Monster Legends. 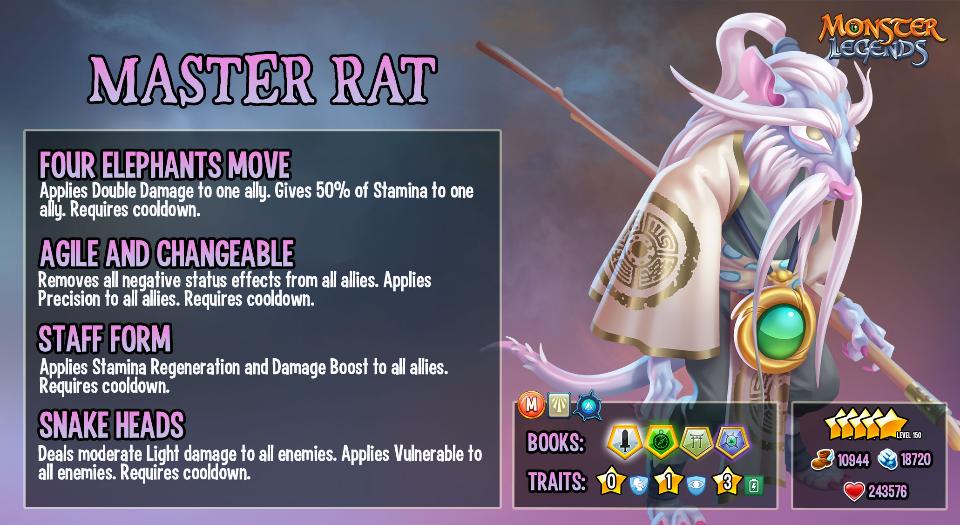 Master Rat is a Light Support monster who can make enemies receive more damage by making them Vulnerable. He can also help allies by applying Stamina Regeneration and Damage Boost to them, or by removing their negative status effects and giving them Precision. Master Rat has an Evolving Trait: at rank 0, he's Hardened, at rank 1 he gains True Vision and, at rank 3, he'll give Stamina Regeneration to all his allies at the start of every battle. 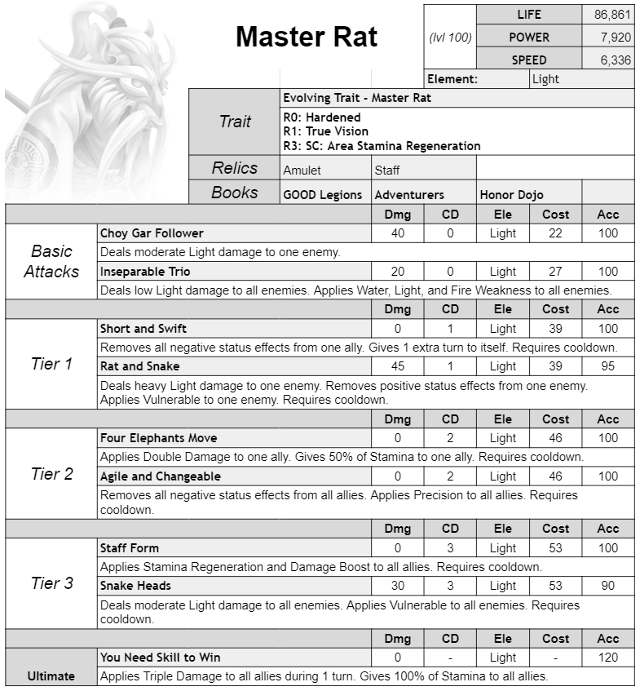