When the wave of Corruption blocked the entrance of the Cosmic Portal, Igoribuki got trapped between two dimensions. He's big in the competitive scene, so he'd been traveling from one arena to another.

The news of his accident scared everyone who knew him, but they had nothing to fear: Igoribuki is a smart one and he knows every trick in the book. He remembered that Neobuki had had the same problem a couple of years ago, so he quickly found a way to project himself as a hologram onto the battlefield.

You'll find Igoribuki wherever his Support skills are needed! 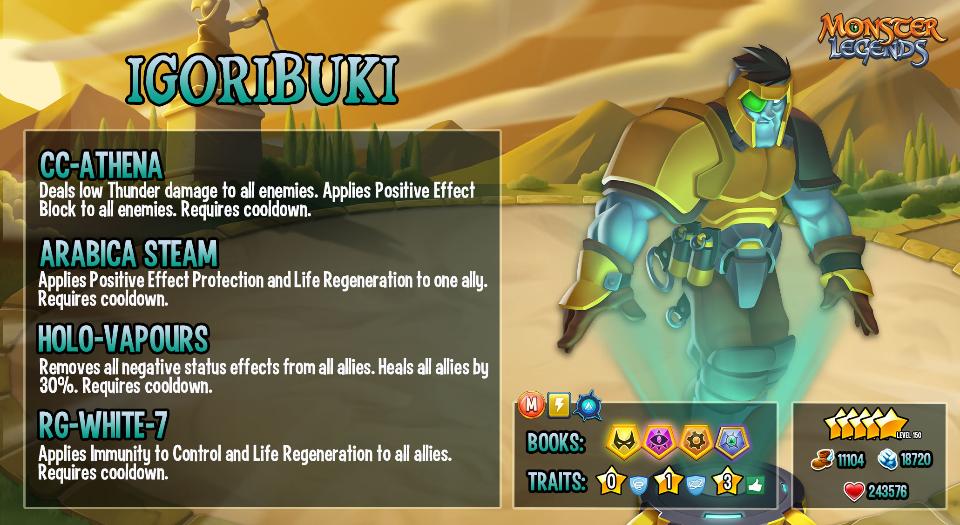 Igoribuki is a Thunder Support with Control Immunities and Positive Effect Control skills. He can also heal allies and give them Life Regeneration. He has an Evolving Trait: at rank 0, he's Immune to Daze, at rank 1, he becomes Immune to Stun and at rank 3, he protects his positive status effects at the start of the battle. 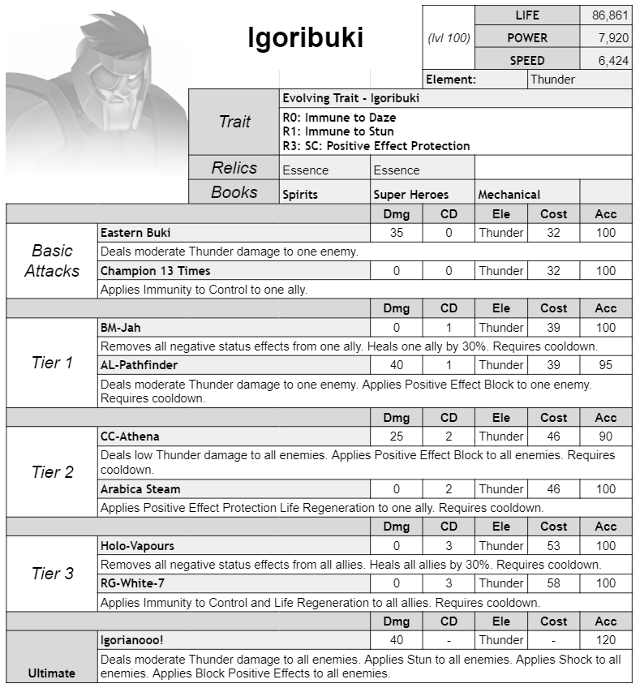