The night Lutum was unearthed and covered the area around the forest, an extraordinary phenomenon happened. It came into contact with a piece of Mythic Amber that was buried in a back garden. "And what was that Amber doing there?", you may wonder. There was a young monster in the Village of Adventurers who had lots of nightmares, so his mother buried that little Amber rock by his window to protect him.

The trick had worked until that cursed night. No one could have predicted the arrival of Corruption, but when Lutum covered that house's back garden, it reached the Amber rock and sucked all the nightmares it had absorbed out of it. The magic clash between substances was so powerful that a monster was born from it – a terrible, unstoppable dark spirit. The word “dark” doesn’t even begin to cover the gloom it carries wherever it goes. It travels from dreamer to dreamer corrupting their sleep and creating nightmares so real that they can come alive. 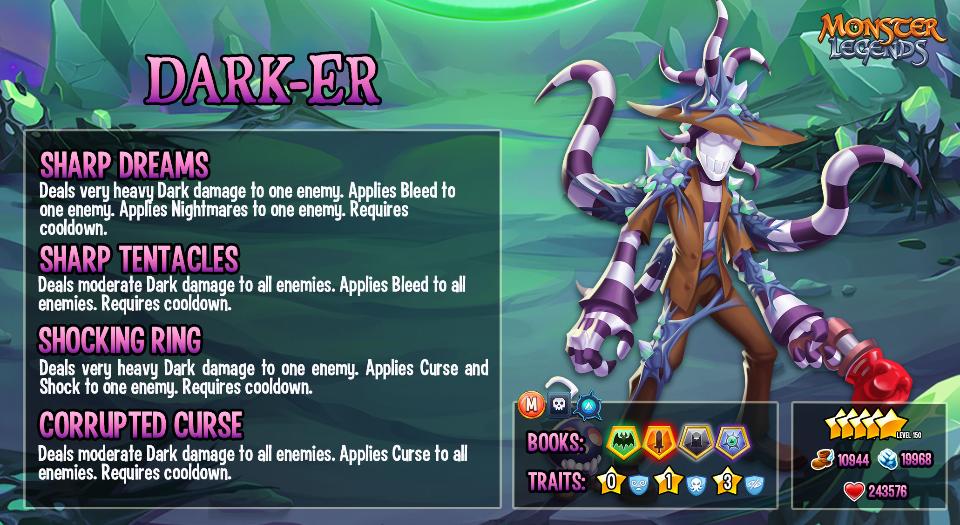 Dark-er is a Dark Attacker with Torture skills such as Curse, Bleed, Nightmares, and Shock. He has an Evolving Trait: at rank 0, he's Immune to Possession, at rank 1, he becomes an Abomination and, at rank 3, he becomes Immune to Blind. 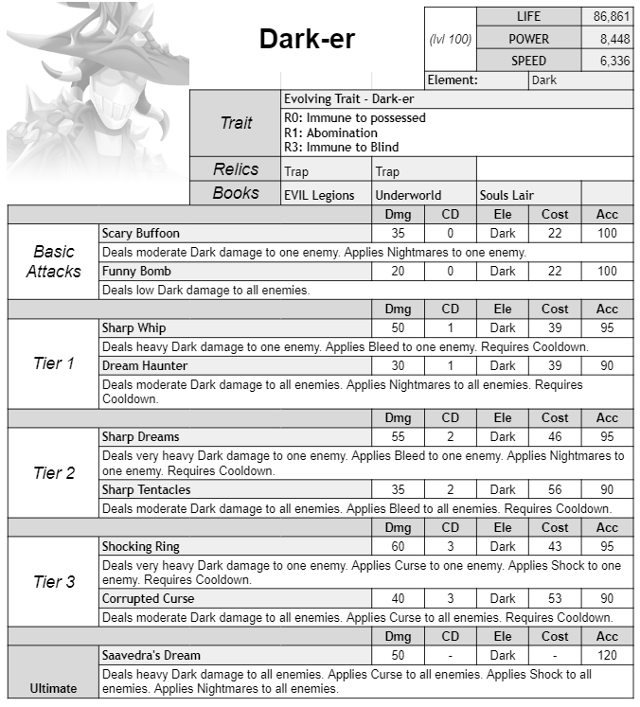