Vandecken and Commander Alvid had a bit of a strange father-daughter relationship. When her father died, Alvid paid tribute to him with great pride but when he returned as a Mythic monster, she wasn't that happy to see him. He stole her thunder and she was no longer the main act, so she decided it was time to prove herself and show the old man who was the boss in the family now.

In one of his most famous battles, Vandecken had sunk Anton Acorne's ship, but no one had dared to challenge him after he'd become Anton Acosmic. Commander Alvid knew she wasn't strong enough to face a Cosmic monster, but she was smart enough to take advantage of being a ghost.

She sneaked into the island where Anton Acosmic lived, but he wasn't there and his ship wasn't at the dock either. He must have been away on an adventure. However, since she was already there, Alvid went through the walls of his fort and found his secret treasure: a chest of Stardust. She used it all, became Cosmic, and took the fort! Alvid thought it was time to give herself a promotion: she was Captain Alvid now.

If Anton Acosmic wants his home back, he'll have to fight for it! 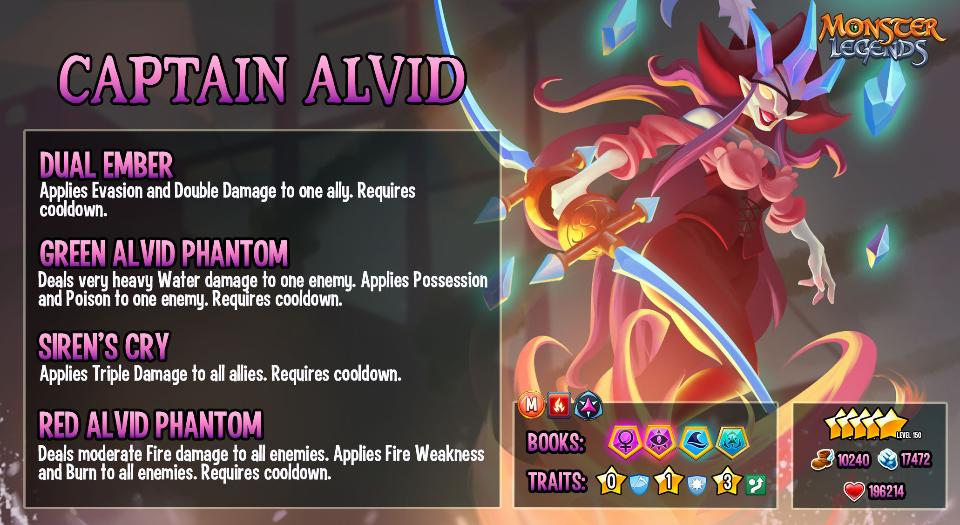 Captain Alvid is a Fire Support with Damage Boost skills. She can apply Triple Damage to all allies or Double Damage and Evasion to one ally. She can also apply Fire Weakness and Burn to all enemies or Water Weakness and Drowned to a single enemy. Captain Alvid has an Evolving Trait: at rank 0, she's Immune to Immediate Death, at rank 1, she becomes Immune to Sunburn, and at rank 3, she'll gain Evasion at the start of every battle. 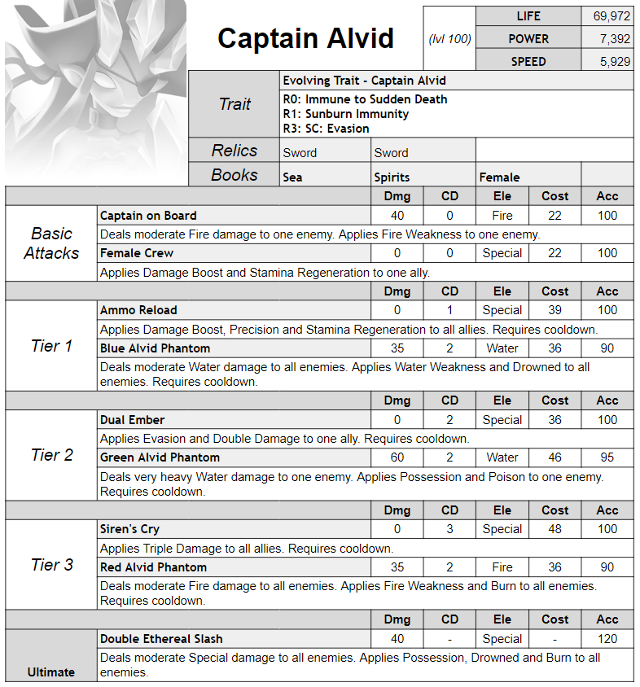