As the fight heated up, they both lost control of the Stardust rock, which flew away from them and landed on a junkyard, causing an earthquake. The junkyard manager ran to save himself from the catastrophe, but he fell into a shredding machine. Miraculously, the Stardust rock had also sprinkled there and given him a second chance at life. The chaos of the situation affected his rebirth: Execumancer is an evil Cosmic monster, a junk cyborg who can manipulate magnetic waves! 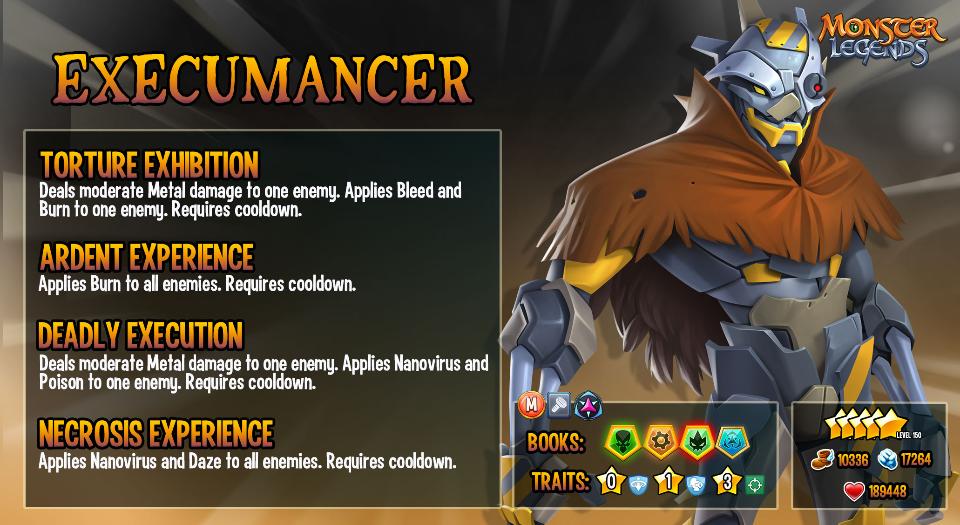 Execumancer is a Metal Support monster who can apply Tortures such as Nanovirus, Bleed, Burn, or Poison. He has an Evolving Trait: At rank 0, he has Pierce, at rank 1, he becomes Hardened and, at rank 3, he gains Precision at the start of every battle. 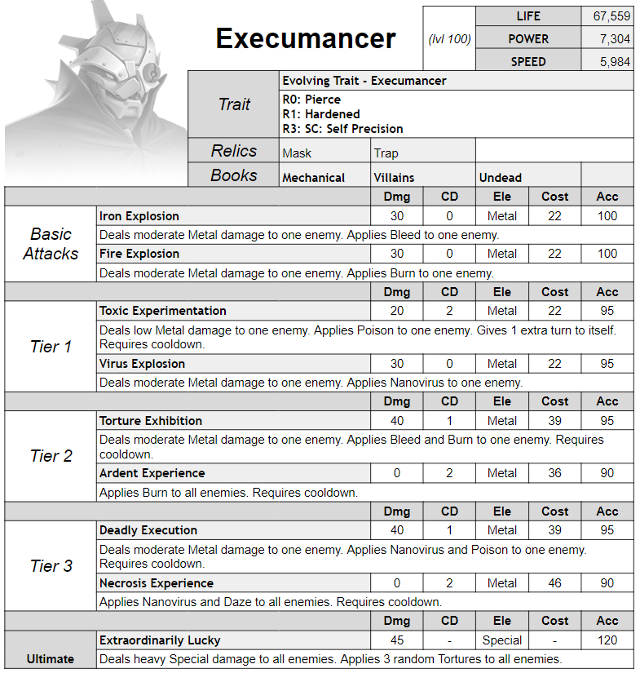