Pirates are not known for their wisdom, they're usually impulsive and bad-tempered, but Anton Acorne is different! After the Cosmic Portal appeared, he decided to anchor his ship and retire to a little island. Here, he would figure out how to regain relevance in the wild battle for the seas.

And he finally did: He realized he could absorb the residual Stardust floating on the ocean with his tentacles. It was an arduous task, but thanks to his patience and intelligence, Anton has now become Acosmic! 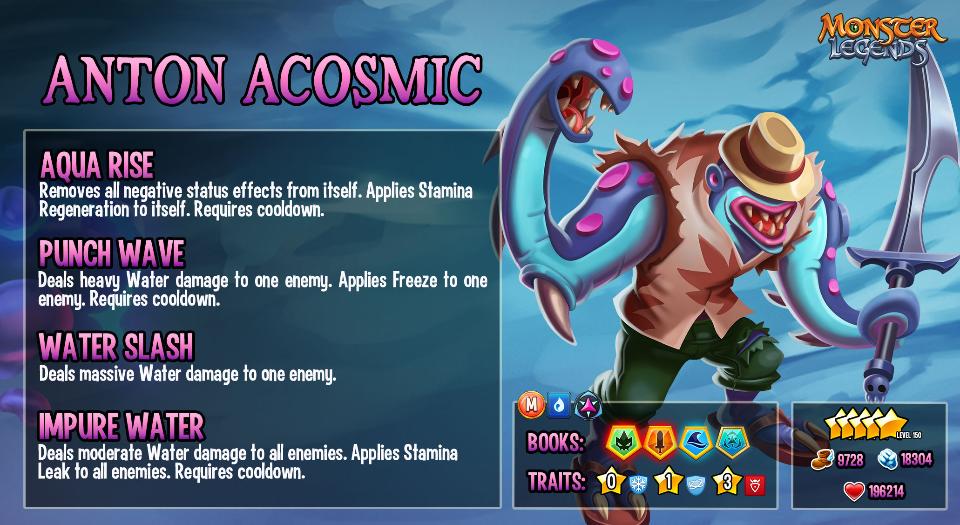 Anton Acosmic is a Water Attacker who can deal damage while he Freezes, Stuns or applies Stamina Leak to enemies. He can also remove negative status effects and apply Stamina Regeneration to itself. Anton Acosmic has an Evolving Trait: at rank 0, he's Immune to Freeze, at rank 1, he gains Immunity to Stun and, at rank 3, he becomes a Status Caster, applying Stamina Leak to all enemies at the start of the battle. 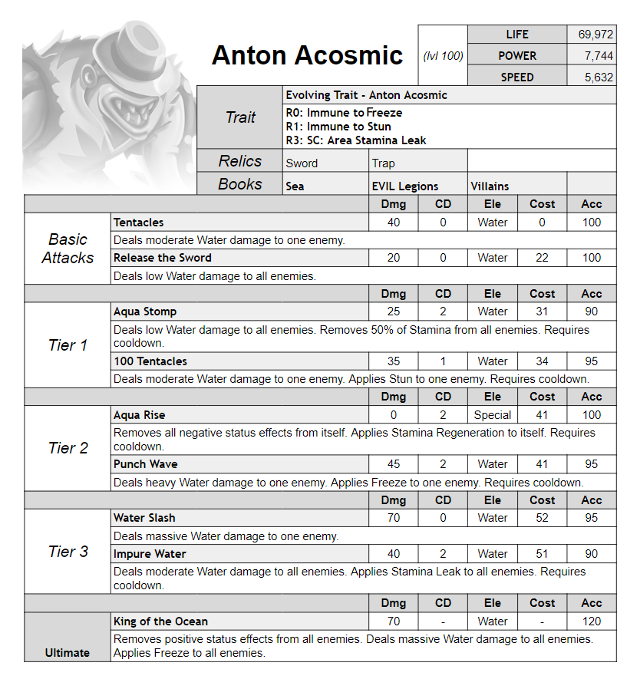