Warmaster Barbael needed someone to lift his troops' spirits so he sent an expedition through the Cosmic Portal just so they would bring him the monster he was looking for: The Dooo. This troubadour has the ability to boost the strength and ferocity of all frontline soldiers just by playing his guitar. A unique power for a unique monster! 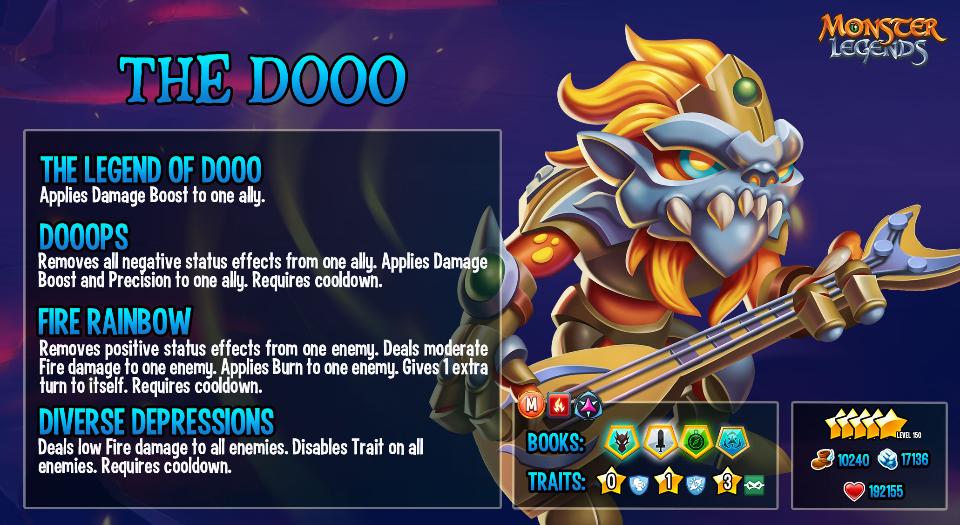 The Dooo is an Uncontrollable Fire Support monster with Trait Disabling and combat buffs like negative effect removals, Damage Boost, and Precision. He has an Evolving Trait: At rank 0, he's Tough, at rank 1, he becomes Immune to Control and, at rank 3, he'll gain Anticipation at the start of every battle. 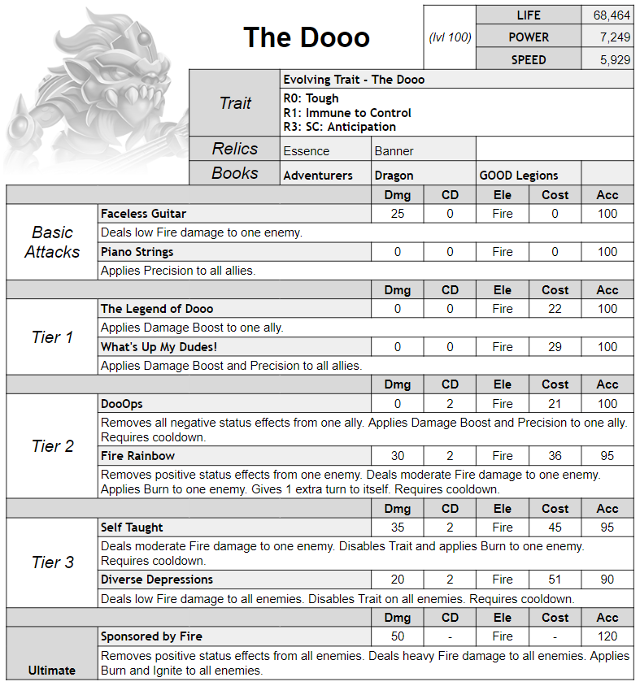