When VoltaiK was in Monster School, there was a guy in senior year that was everything he wanted to be: smart, strong and faster than anyone else. His name was Tesaday. The Thunder kid started following him around and soon they became close.

Tesaday taught him lots of skills and made it his project to, little by little, turn VoltaiK into a worthy partner in battle. However, patience wasn't VoltaiK's strong suit and he didn't like the "little by little" method. He started engaging in underground battles and realized that the speed he had learned from Tesaday was enough to win most of the time. He became very popular very quickly. Blinded by ambition, the new Thunder hero got rid of his teacher and friend, Tesaday. VoltaiK sneakily stole his best tricks and left him behind, humiliated and furious.

For years, Tesaday fought by himself and got a great reputation, but he never got close to VoltaiK's level of popularity.

Now, however, things may change: His soily flesh absorbed a lot of Stardust when the Cosmic explosion took place, and he became someone different, a Cosmic version of himself: Tesakuiper! 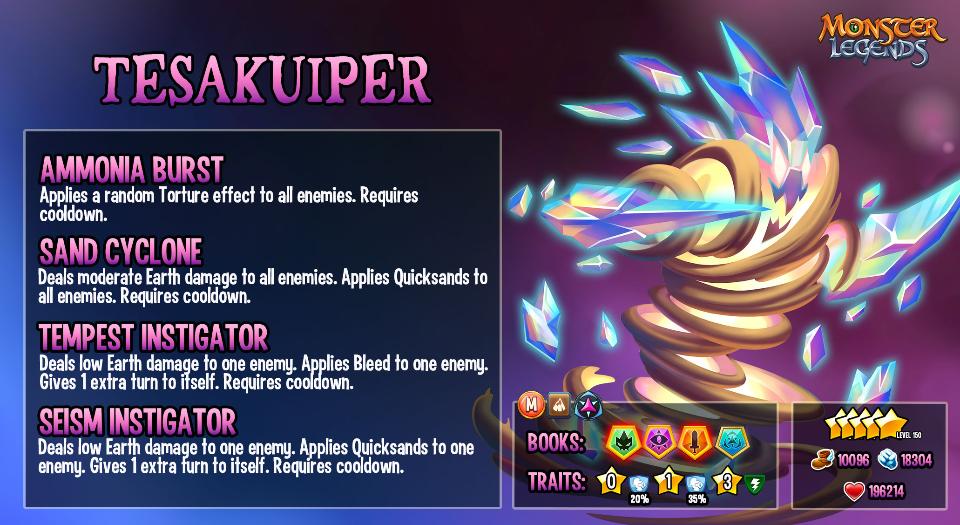 Tesakuiper is an Earth Attacker with Extra Turns who can apply Torture effects like Bleed and Quicksands. He has an Evolving Trait: at rank 0, he's Hardened, at rank 1, he becomes Tough and, at rank 3, he gains Thunder Immunity at the start of every battle. 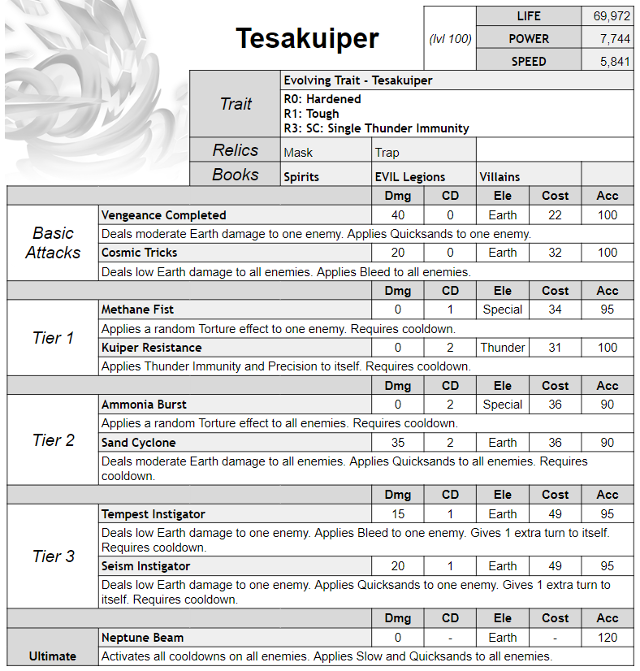