Dr. Wattz's lab is located inside a cave on a mountain. Most of the time it's the best place to conduct his experiments without anyone bothering him, but this winter is being particularly tough. He feels like he doesn't have full control of his lab's surroundings, so, to solve this, he's created Fract-Bot, a machine with a Cosmic core designed to serve as a satellite but also as a defense artifact. If any of Dr. Wattz's numerous enemies approaches his cave, they'll have to deal with Fract-Bot's Stamina draining functions first. 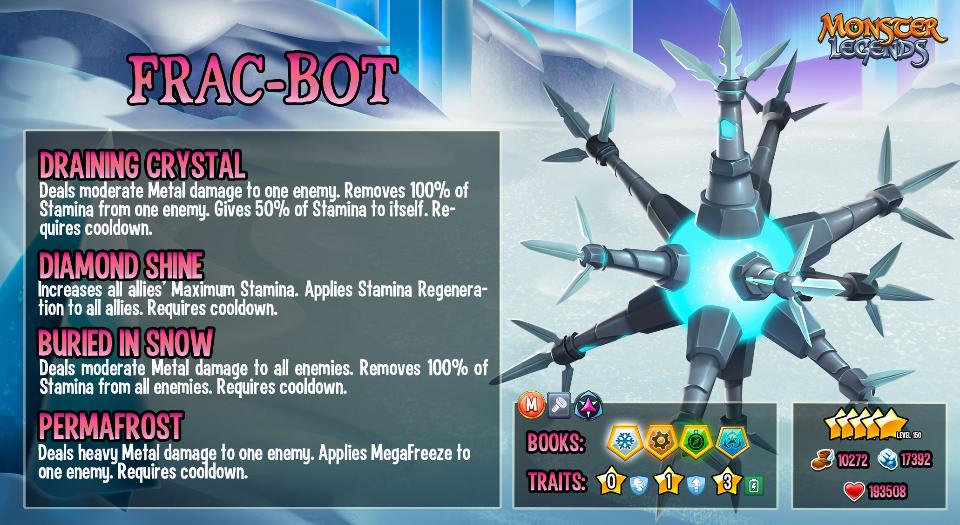 Fract-Bot is a Metal Controller with Stamina draining skills. It can also double the Maximum Stamina of its allies and give them Stamina Regeneration or MegaFreeze an enemy. Fract-Bot has an Evolving Trait: It's Hardened at rank 0, Super Attuned at rank 1 and, at rank 3, it will double its Maximum Stamina at the start of the battle. 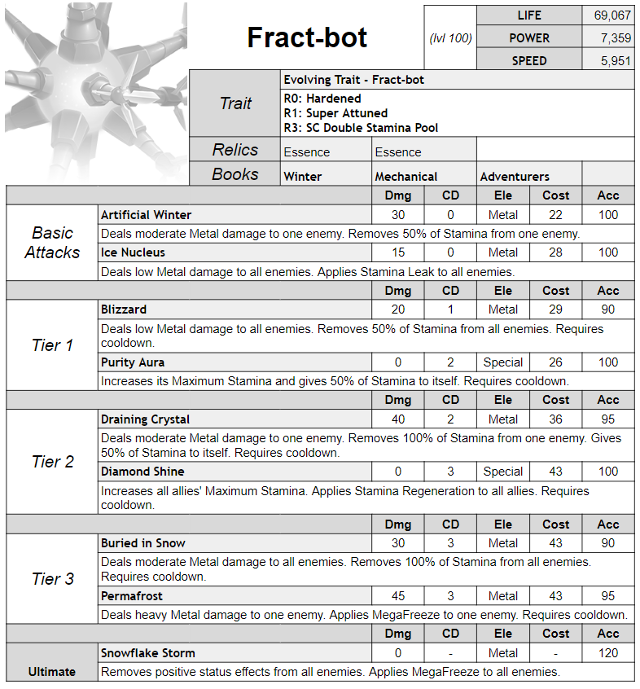