Many monsters have crossed the Cosmic Portal, but never a big machine like a train! You’d be inclined to think this is a pretty cool event, but you’d be wrong. The engine driver in this train, Steamwrath, has made a deal with Barbatos. The passengers of her train, The Ghost Express, are lost souls from the other side of the portal and she’s taking them straight to Hell, where they’ll inevitably become part of the army of the Undead. 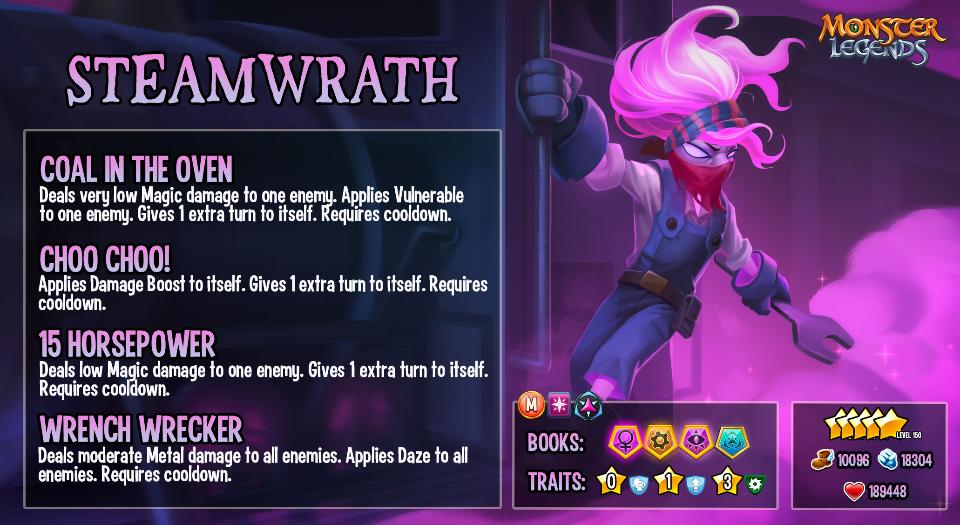 Steamwrath is a Magic Attacker and Extra Turner. She can boost her own damage and, with the right combo, she can loop attacks until she runs out of Stamina! Steamwrath has an Evolving Trait: at rank 0, she's Hardened, at rank 1, she becomes Super Attuned and, at rank 3, she gains Torture Immunity at the start of the battle. 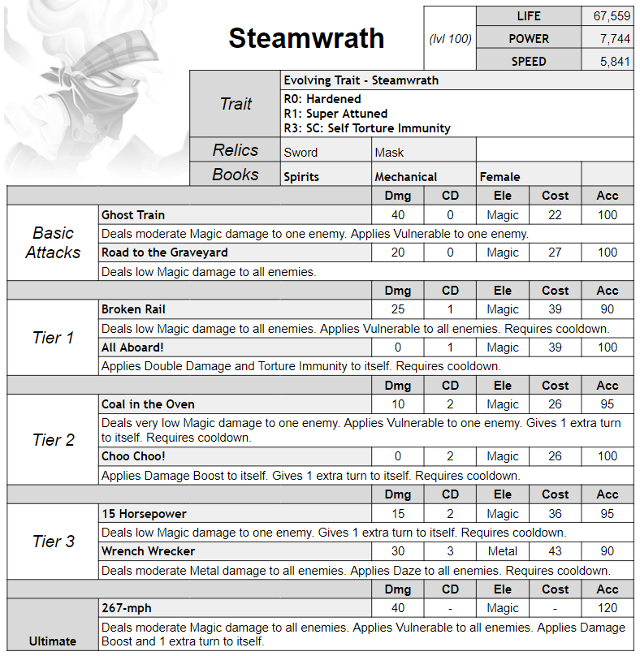