This poor fella was always ridiculed for his appearance, but at a very young age, he realized that the frustration he felt for getting bullied made his electrolocation ability extremely acute, so sensing his prey and hunting was easy peasy.

Then, one day while hunting, he sensed something different. It was definitely not a huntable monster, more like a force of attraction. As he approached it, his electrolocation was so intense he thought he would explode, but then he finally reached the source of attraction: a tiny little blue rock. He took it between his feet and was filled with might. That was the birth of Lord Platypus. 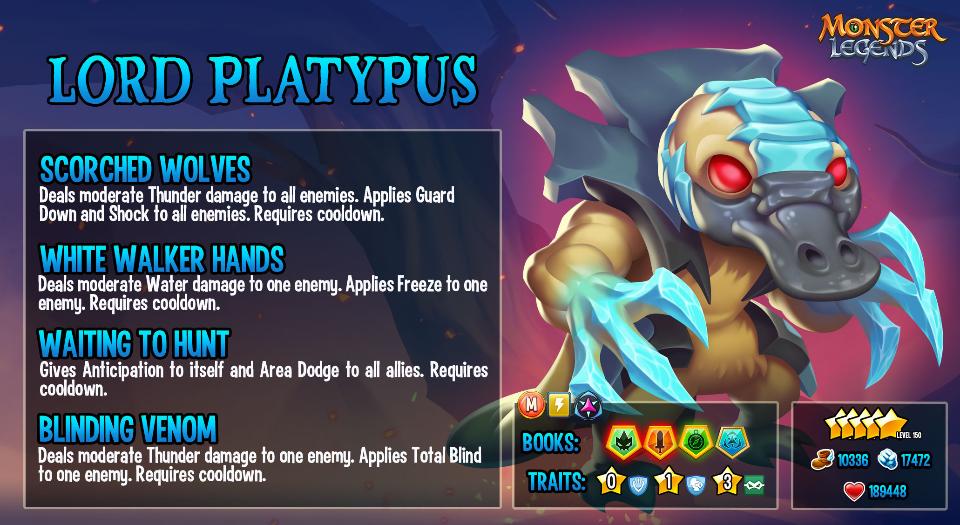 Lord Platypus is a Thunder Support monster with some Control skills, focused on protecting its team with Area Dodge and hampering enemies with Blind, Shock, Guard Down, Daze, and Anticipation skills. Lord Platypus has an Evolving Trait: at rank 0, he's Immune to Nightmares, at rank 1, he becomes Hardened and, at rank 3, he'll gain Anticipation at the start of every battle. 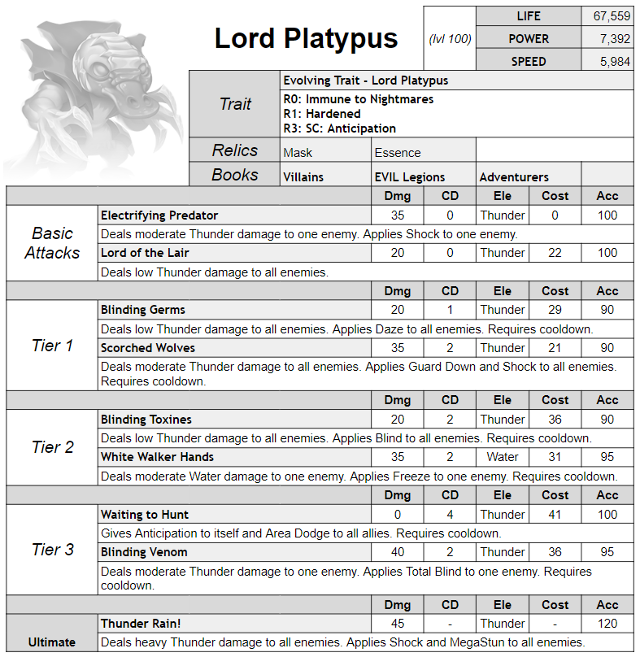