The Guardians of the Earth, led by Kiridar and Vastus, exposed evil Dr. Hazard and his crimes against nature some time ago. After that, he lost all of his lab’s customers — no one wanted to be related to him in any way. All he thought about was ways to humiliate those Guardians, but with Vastus involved, he needed to think really carefully before taking action.

When a piece of Stardust fell in his hands, his first impulse was to use it on himself, but then he thought again. He needed two things: discretion and a way to reach the Guardians, who were space travellers now. He found the solution in the last living creature that remained near his lab and factory. It was an axolotl. Dr. Hazard found it choking on a piece of plastic, picked it up and saved it. It looked so friendly, so innocent… It was perfect for his plan.

Dr. Hazard took the tiny creature back to his factory and began his preparations. He built a mecha out of rusty metal and leaves so that it would look attractive to the Guardians, and he put the little axolotl inside it. And after that, the final touch in the mecha’s core: an intelligent chip to make the axolotl obey him and the Stardust rock. It was ready.

He launched Axolmech into space with a mission to infiltrate the Guardians as one of their own and finish them as soon as he found their weaknesses. 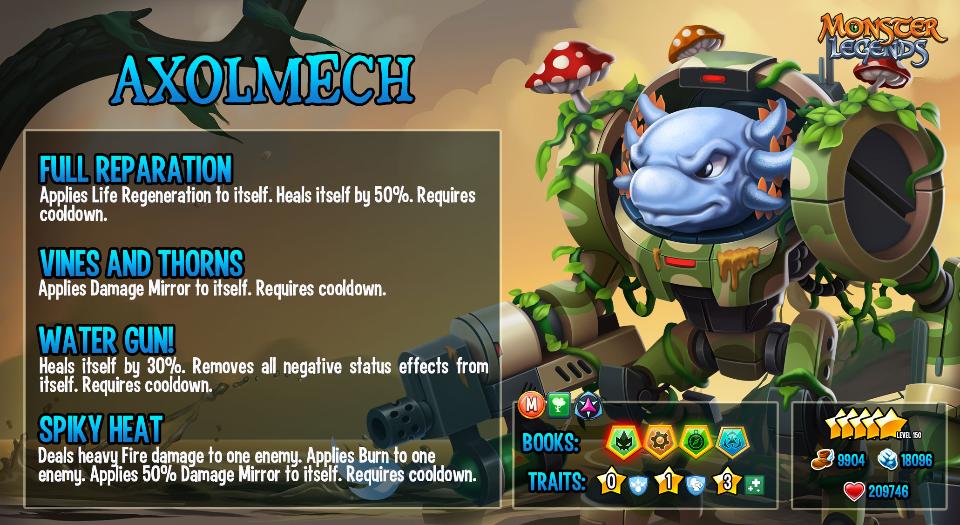 Axolmech is a Nature Tank with Taunt, Damage Mirror, and Healing skills. He has an Evolving Trait: at rank 0, he has Taunt, at rank 1, he becomes Tough and, at rank 3, he gains Regeneration at the start of every battle. 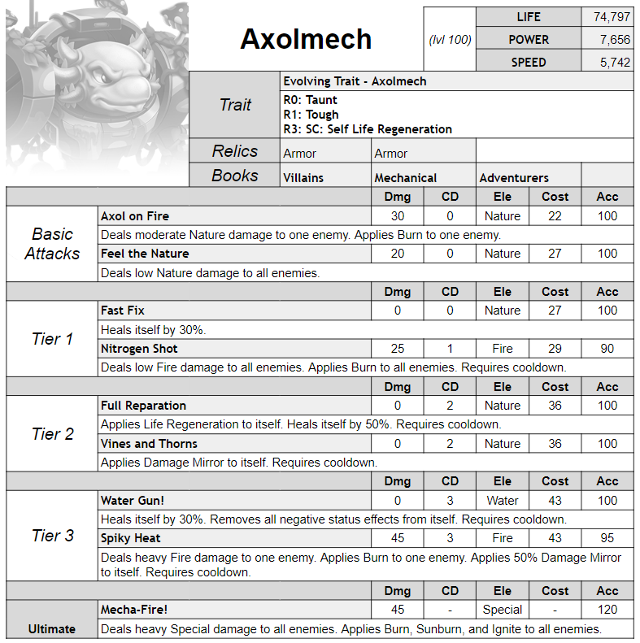