On a full moon night, a pack of three wolves crossed the Cosmic Portal and entered the world of Monster Legends. The oldest and wisest, Master Masher guided the pack. He was the father of the other two: Luponudo, the young wild child, and Ullrica, the older sister and the most bloodthirsty of the three. She may be the one doing all the killing, but she wouldn't have it any other way. 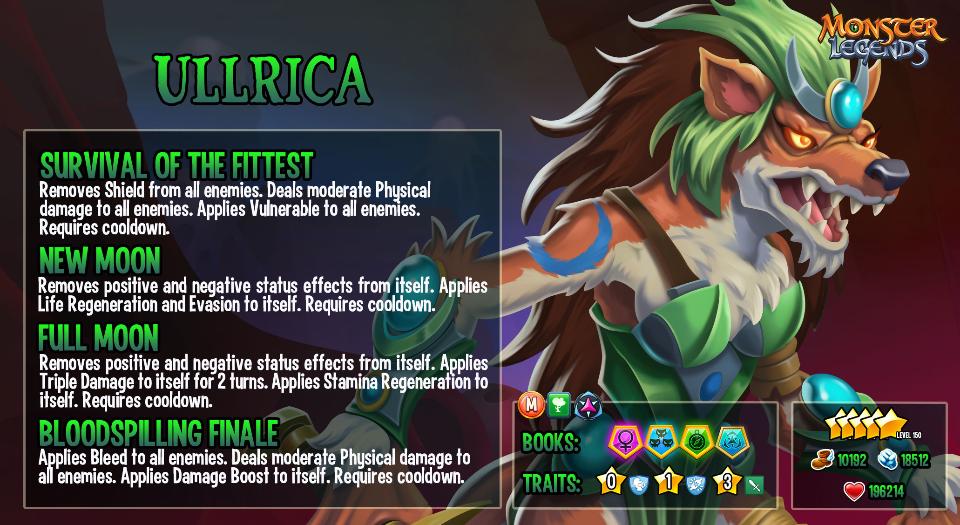 Ullrica is an Attacker who can apply Vulnerable, Bleed, and Shield Breaks while buffing herself with Damage Boost, Triple Damage, Stamina Regeneration, or Evasion. She has an Evolving Trait: at rank 0, she's Hardened, at rank 1, she gains Immunity to Control and, at rank 3, she gains Damage Boost at the start of every battle. 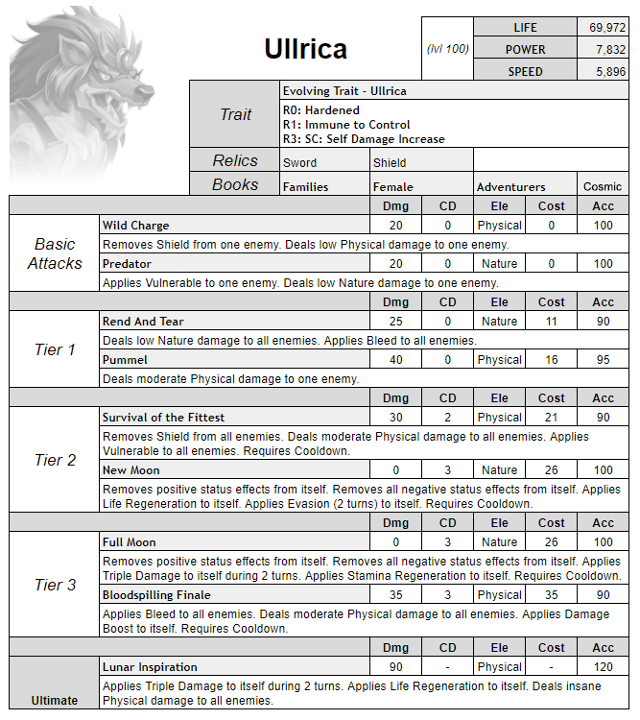