On a full moon night, a pack of three wolves crossed the Cosmic Portal and entered the world of Monster Legends. The oldest and wisest, Master Masher, was the father of the other two: Ullrica and Luponudo.

Luponudo is a wild child most of the time. He drives his father and sister crazy, but in crucial battle moments, he’s the glue that keeps the family together and the one who makes sure they all make it to the next fight. 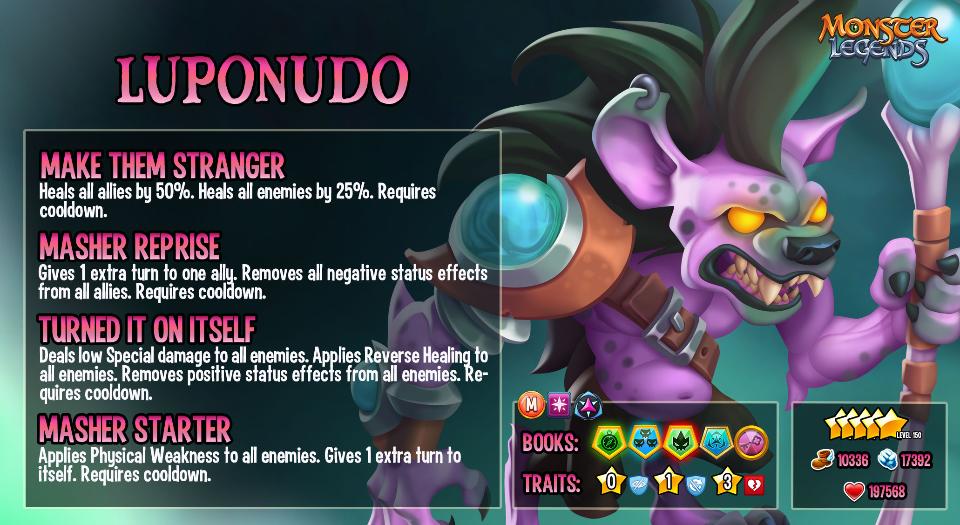 Why? In battle, Luponudo is a Support monster who can Heal allies and cleanse status effects in both allies and enemies. He can also transfer turns and boost the damage output of an ally. Luponudo has an Evolving Trait: At rank 0, he's Immune to Blind, at rank 1, he blocks Resurrections and at rank 3, he applies Reverse Healing to all enemies. 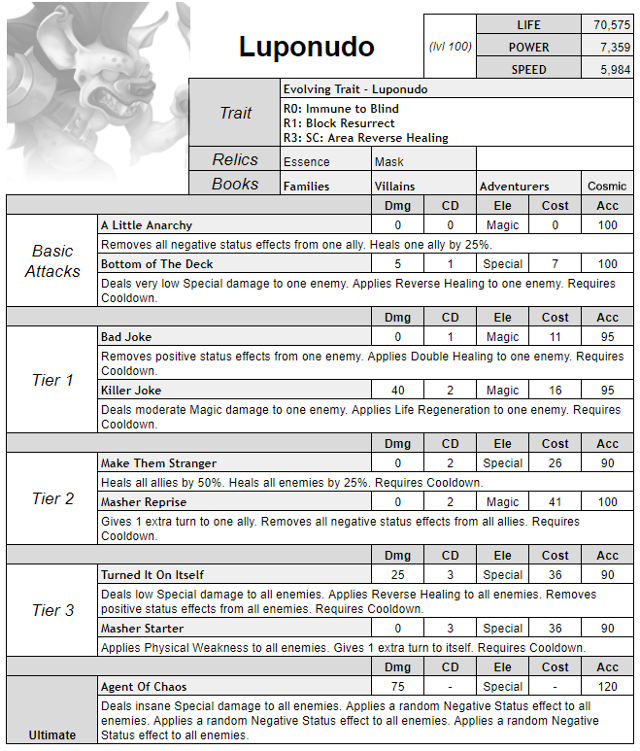