Letalis was a prophet, but he was condemned and killed by an unscrupulous king who did not like the future that he’d predicted. However, as death wasn't his destiny, Letalis sent Necrolicht and Necromancer signals from the other side. Necrolicht, tormented by these signals appearing everywhere, used Stardust from his own blood to bring Letalis back from the dead. The prophet is back and ready to fulfill his destiny and foresee the death of others. 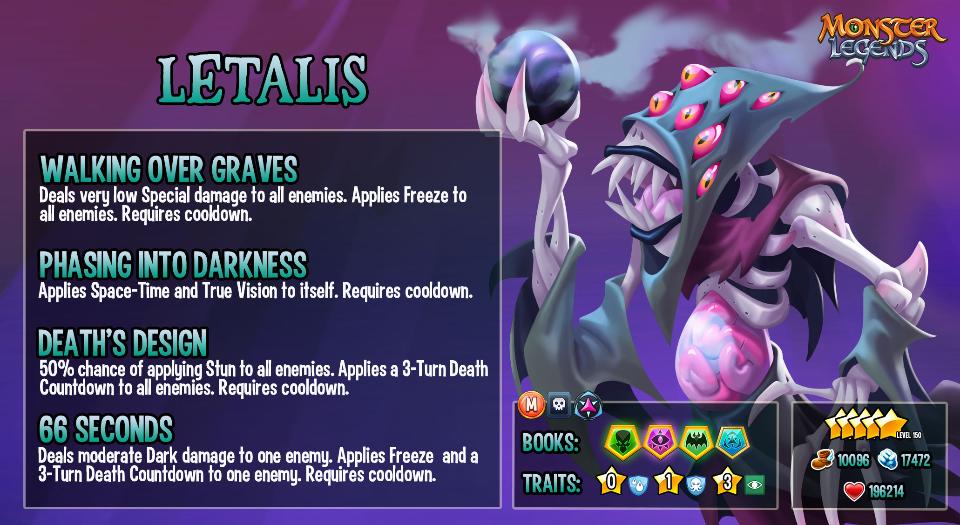 Letalis is a Dark Controller with Stun, Freeze, and Death Countdown skills. He has an Evolving Trait: at rank 0, he's Immune to Bleed, at rank 1, he becomes an Abomination and, at rank 3, he will gain True Vision at the start of every battle. 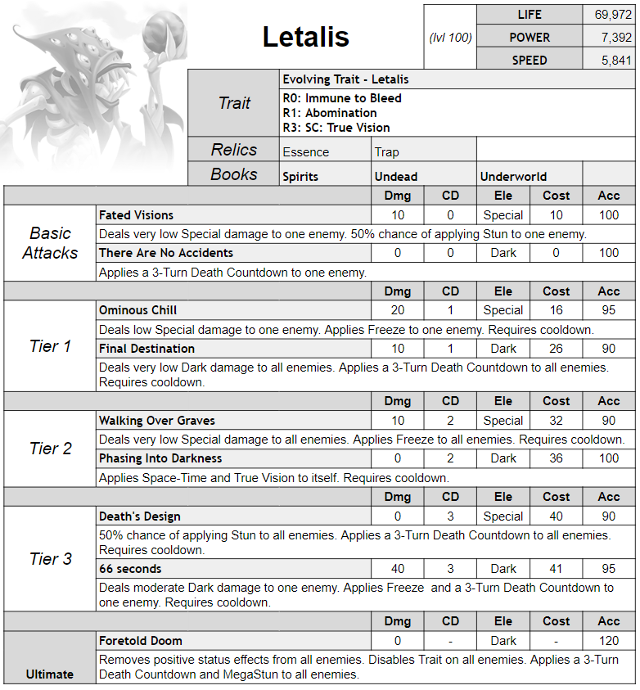