Katsuko was always the weakest in the sumo academy. He was on an oily-fish-and-milk-only diet but it had no effect on him. His body was strong but he didn’t excel because his teacher, Oikawa, tormented him on a daily basis, ridiculing him in front of the whole class. When Katsuko could take it no longer, he decided to escape from the academy.

He tried to get out through a little hole under the fence, but his body was too big and he got stuck. He started scratching the ground underneath to make the hole bigger but the dirt he kicked up with his paws intoxicated him. It didn’t look or feel like regular dirt. It was a glittery powder that invaded his lungs. After a couple of seconds of not being able to breathe, Katsuko composed himself. He gathered momentum once more and he flew out of the hole in the fence. It was like the strength he’d lacked his entire life was finally there. He felt he was prepared to become the ultimate sumo fighter, but before claiming that title, there was one thing he needed to do: Destroy his evil teacher, Oikawa! 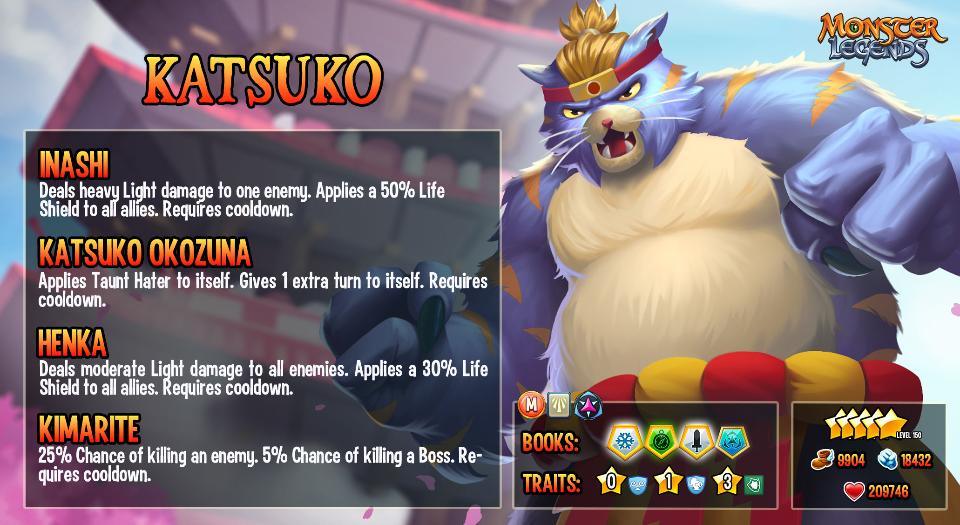 Katsuko is a Light Tank who can both gain and give Shields to allies while he also deals with enemies, especially other Tanks! Katsuko has an Evolving Trait: at rank 0, he’s Immune to Possession. At rank 1, he becomes Hardened and, at rank 3, he gains a Shield at the start of every battle. 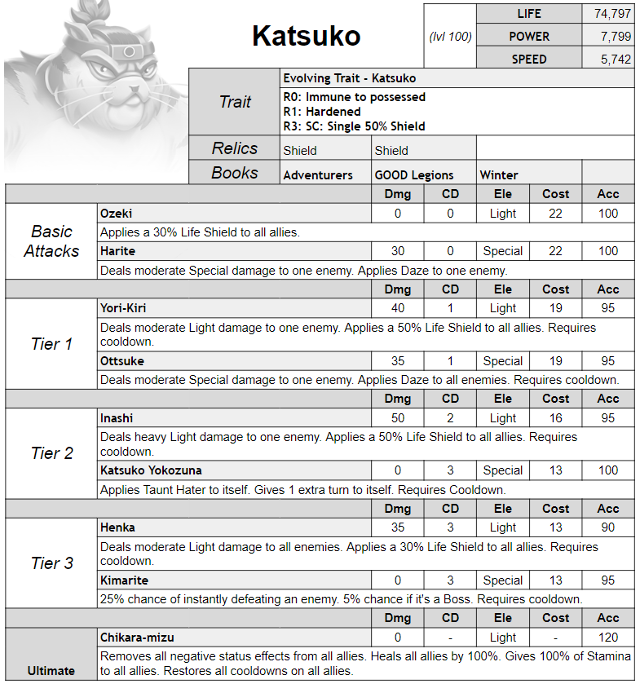