LazarBeam was a natural winner but he was aware that Cosmic monsters were tough competition for him. Determined to remain Warmaster Sherezar’s top Battle Royale player, he crossed the Cosmic portal into the unknown. Anyone else would’ve probably gone crazy in the middle of the infinity of sub-portals and tunnels, but not LazarBeam. He was able to find a route to year 2099, where he saw the future of Battle Royale and now that his Cosmic self has come back through the portal, nothing can stop him. He’ll be the last one standing in any tournament. 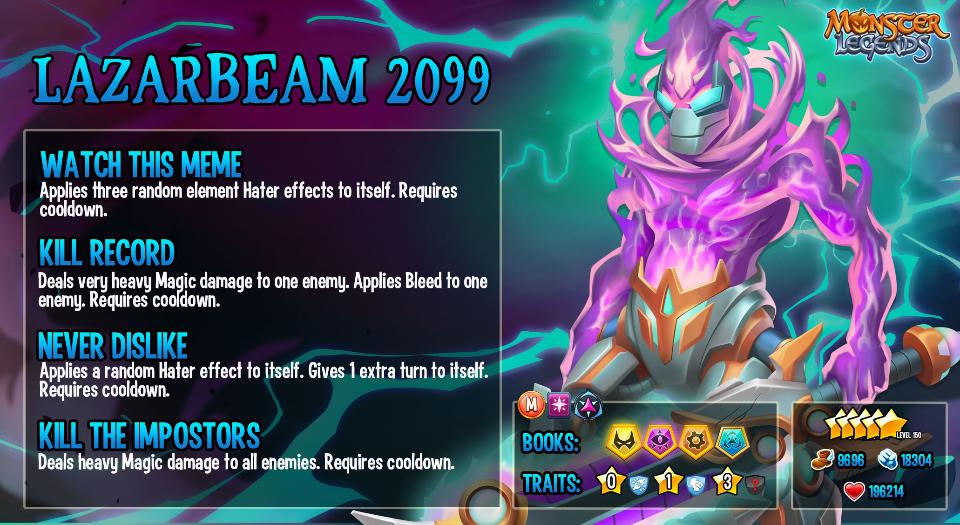 LazarBeam2099 is a Magic Attacker with Control Immunity. He can gain random Hater effects that increase his damage output and then take an extra turn. In one of his skills, he can become a Hater of 3 elements at a time. LazarBeam2099 has an Evolving Trait: at rank 0, he's Immune to Control, at rank 1, he becomes Hardened and, at rank 3, he'll gain a random Hater status effect at the start of every battle. 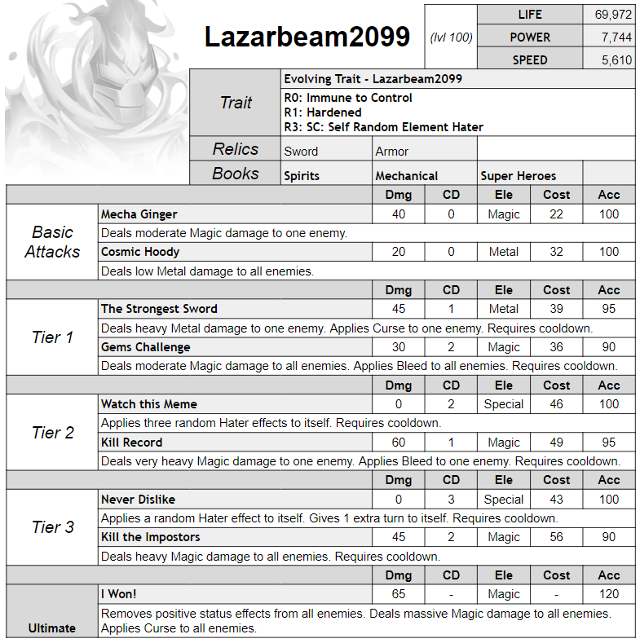