The night of Halloween was always very busy for Gretchen. The recipes for some of her deadliest potions clearly stated that their magic would only be effective if brewed at this exact time of the year.
So on Halloween, there was Gretchen, struggling to stir the contents of 4 cauldrons at once, without noticing her cat, who was desperate to play. The kitten tried to get her attention by walking in between her feet, but Gretchen kept shooing her away.

Fed up of being ignored, the cat climbed to the shelf where Gretchen kept her rarest, most precious ingredients. Now she had the witch’s attention.

“Hey!”, shouted Gretchen. “You know you’re not allowed up there! Get off at once!”.

But the cat stood still and, locking eyes with her master, she slowly knocked over a jar full of Stardust. Classic cat move. When it hit the ground, the jar broke and the kitten jumped into the cloud of Stardust that was oozing out! When the cloud cleared, there were two witches in the room! Look out, Gretchen! Witchkat has spent 8 of her lives learning all your tricks and she’s determined to make her one remaining life count! 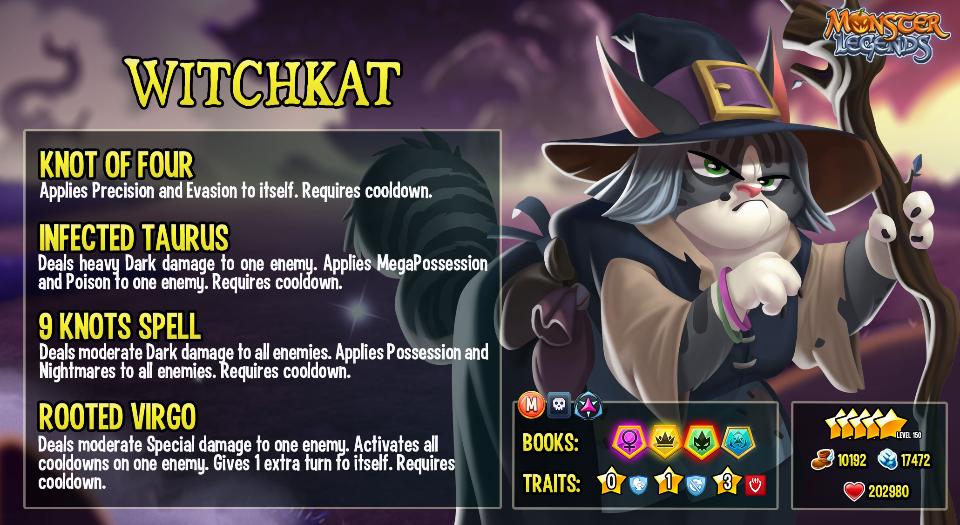 Witchkat is a Dark Controller. She can activate an enemy's cooldowns and gain an extra turn or apply MegaPossession and Poison. She can also apply Possession and Nightmares to all enemies or gain Precision and Evasion. Witchkat is Hardened at rank 0. At rank 1, she blocks Resurrections, and at rank 3, she will give Nightmares to all her enemies at the start of every battle. 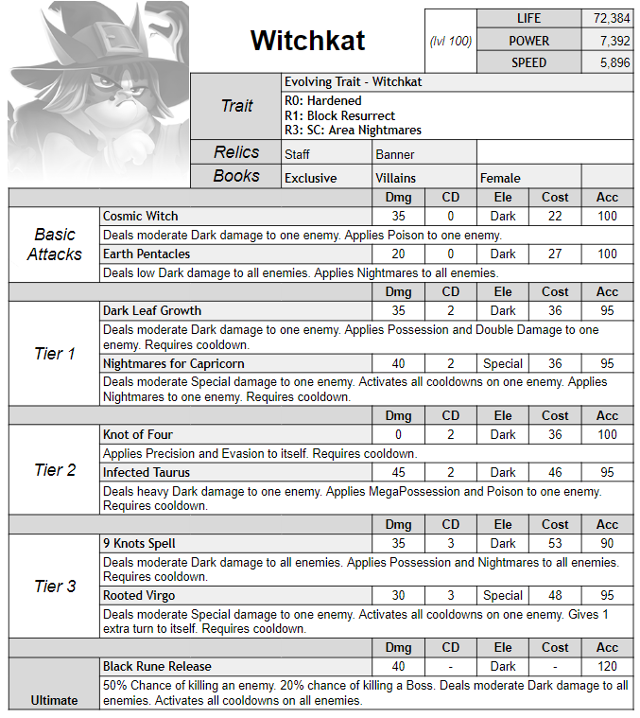