The explosion of the Distant Star covered almost every corner of the Monster Legends universe with Stardust and it certainly didn’t miss its highest mountain! The magical powder formed a solid layer over Ouros’ rocky surface. And just like that, the new Cosmic Ouros, Ourosmic if you will, came to life, more indestructible than ever. 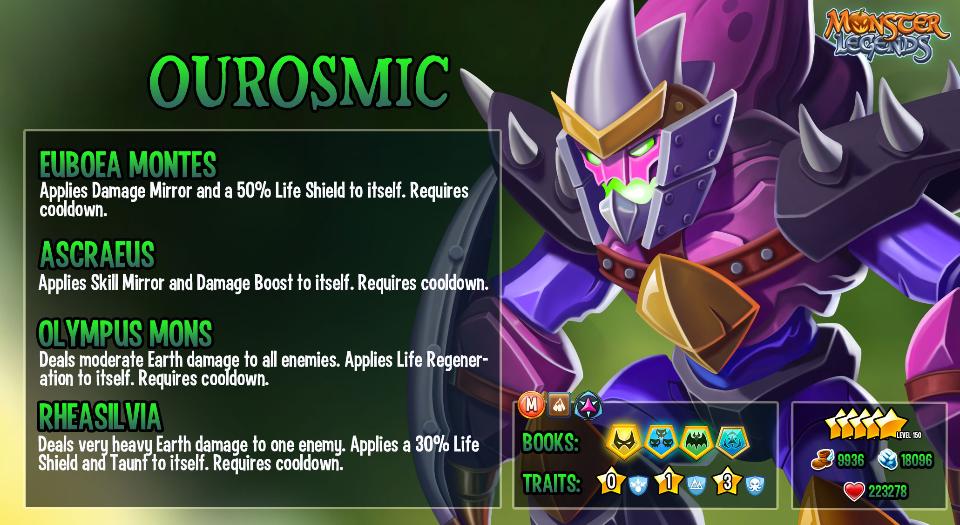 Ourosmic is an Earth Tank with Taunt and Shield skills, as well as Skill Mirrors, Damage Mirrors, Regeneration and Damage Boosts. All of his skills, combined with his high life, make Ourosmic very hard to get rid of. At rank 0, his trait is Taunt, at rank 1, he also becomes a Mountain and, at rank 3, he adds Abomination to the previous two traits. 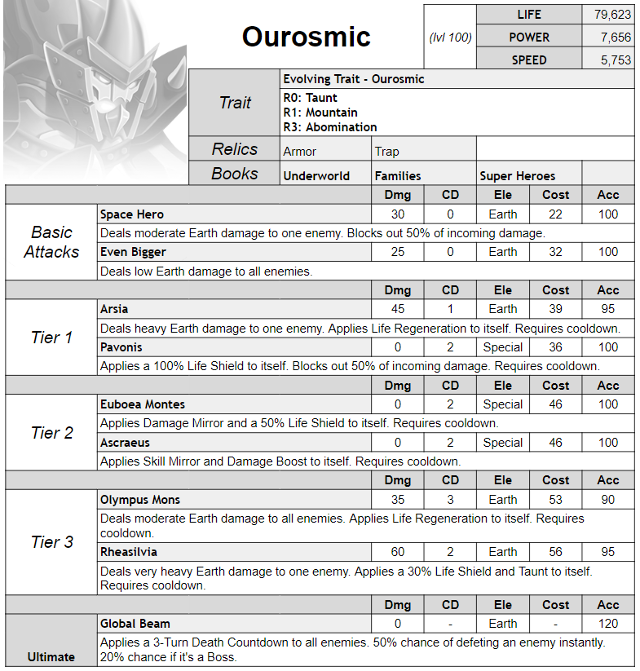