Tabora arrived at the swamp shortly after the Cosmic rain, asking for a job as Mudflow’s assistant druid. Wickah and the other inhabitants of the swamp found it quite suspicious that a Cosmic monster had arrived from nowhere wanting such a humble position. After they took her in, she worked hard every day bringing Mudflow the ingredients he needed for his potions, and she ended up earning their trust.

The thing is… They shouldn’t have trusted her. Tabora started going out on little expeditions through the forest. Wickah noticed she was absent every night, at the exact same time, and decided to follow her. She caught her using a portal, located in a tree, to sneak Mudflow’s potions out! Tabora looked back and found Wickah spying on her. They cast spells at each other, but the after-effects clashed with the portal, which spilled out a monster and then disappeared! The name of this monster is Arobat, and she was Tabora’s twin. The sisters had been trafficking Mudflow’s work via the portal.

Now Wickah knows the truth, however she has not one, but two problems… How is she going to face both Cosmic monsters? 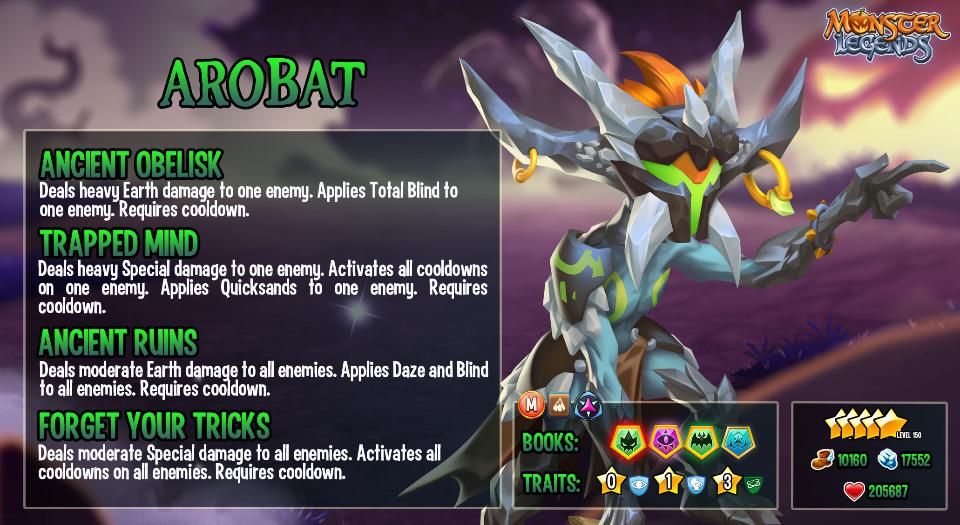 Arobat is an Earth Controller. She has several Cooldown Activation skills, and she can apply status effects like Blind, Total Blind, Daze, or Quicksands. She has an Evolving Trait: at rank 0, she has True Vision, at rank 1, she becomes Hardened and, at rank 3, she'll gain Immunity to Stun at the start of every battle. 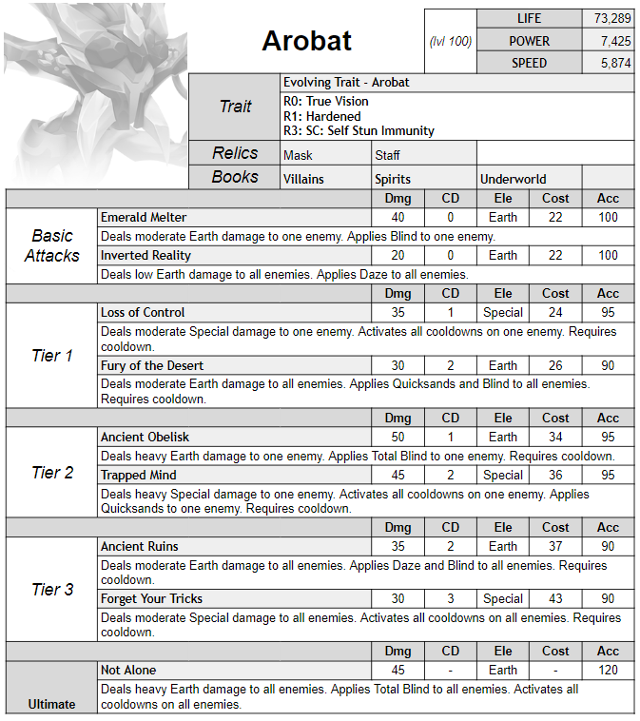