After a couple of wild years full of adventures and parties, Fampira’s going home. She’s ready to become Lady of Monstelvania and rule along with her parents, Count Vlad and Countess Flawless, but she’s doing it on her own terms. After all, she’s still a wild child!

She’ll live in her own castle, where she’ll host rock raves every week and receive visitors from everywhere in the Monster Legends universe. She has a whole new way of understanding diplomacy, very different to her father’s – as she likes to say, the future has arrived in Monstelvania.

Count Vlad is organizing her Homecoming Ceremony, which will take place on Halloween. He has a special present for her, except it’s not just a present –it’s a strategic move. He knows his charisma isn’t enough to stay in power in this new Era, so he had Necrolicht bring him a piece of Stardust big enough to transform Fampira into a Cosmic monster, thus guaranteeing the future of his family. At first, Necrolicht was inclined to refuse such a big request, but he’d been given a home within Vlad’s castle ever since he arrived with his brother Necromancer, who lives there too, so he felt obliged.

Everything is set for Fampira to become Lady of Monstelvania and receive Cosmic powers, as well as a new name, fitting her new status: Fampirastral. 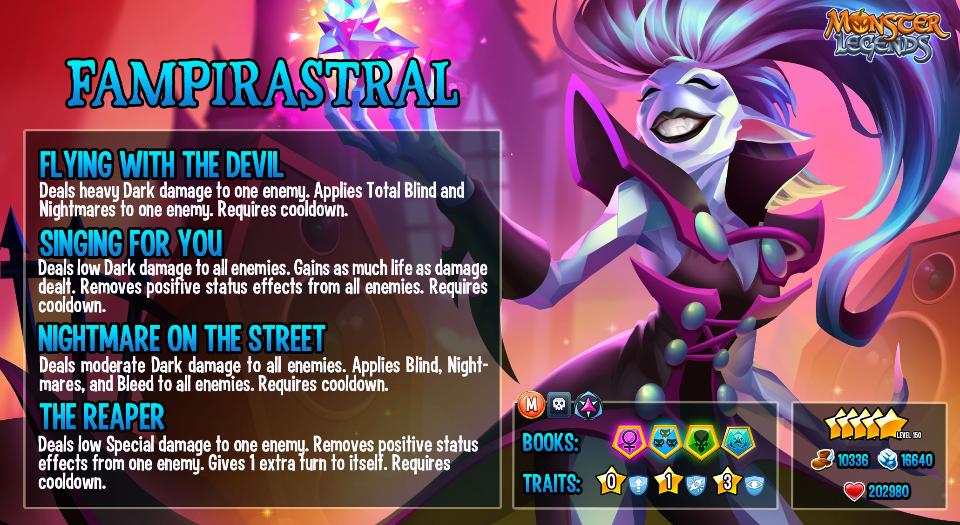 Fampirastral is a Dark Support monster with Debuffs, like positive effect removal and Total Blind, and Tortures like Nightmares and Bleed. She can also steal life from all enemies in one go! Fampirastral has an Evolving Trait: at rank 0, she's Super Attuned, at rank 1, she gains Immunity to Control and, at rank 3, she gains True Vision at the start of every battle. 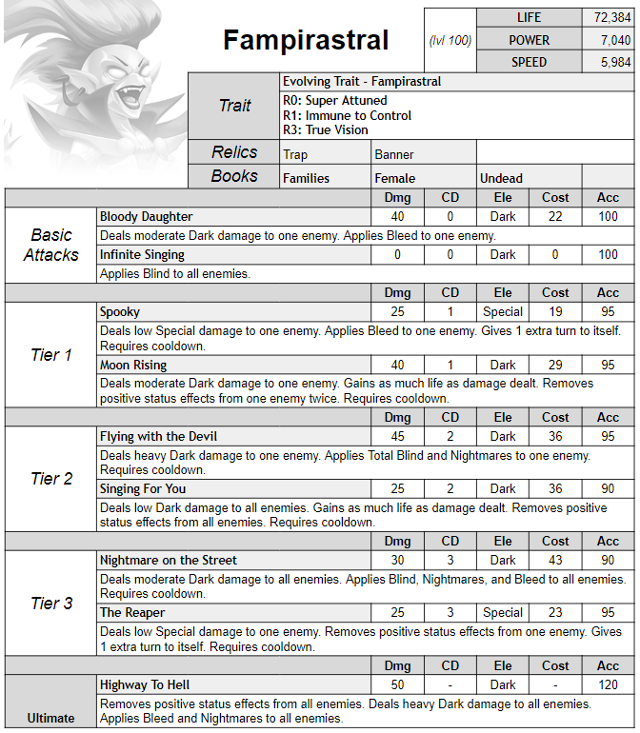