Rhinata belongs to a tribe of rhino warriors in a dimension far away. One day she was hunting for gems, crystals and meteor pieces when she stopped next to a hill. There was something strange about its rocky face — there seemed to be a hole in it that had been covered with a wall, and the texture of the rocks on that wall was different to the rest of the hill. Rhinata gathered momentum and charged against it. It cracked a little. She repeated the process several times until, on her last charge, she pushed with such momentum that she broke the wall and fell right through it. Just like that, she was sucked in and flew out of the Cosmic portal in Monster Legends! 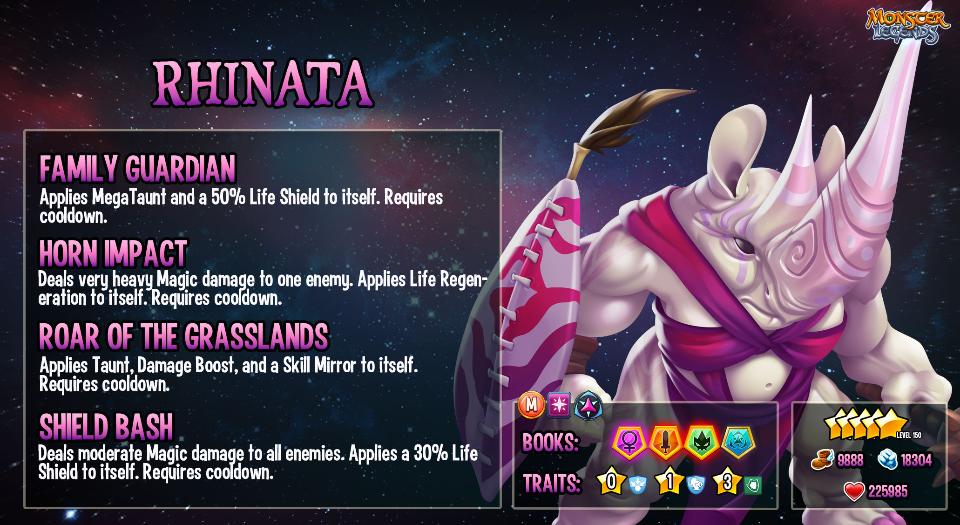 Rhinata is a Magic Tank with Taunt and Shield skills. She can protect herself in all the ways you can imagine: She can gain Taunt, MegaTaunt, and Shields of up to 100% Life. But Rhinata doesn't just stop damage, she can also deal it with the help of Skill Mirrors and Damage Boosts. She has an Evolving Trait: at rank 0, she has Taunt, at rank 1, she adds Hardened to the mix, and at rank 3, she'll gain a 50% Life Shield at the start of every battle. 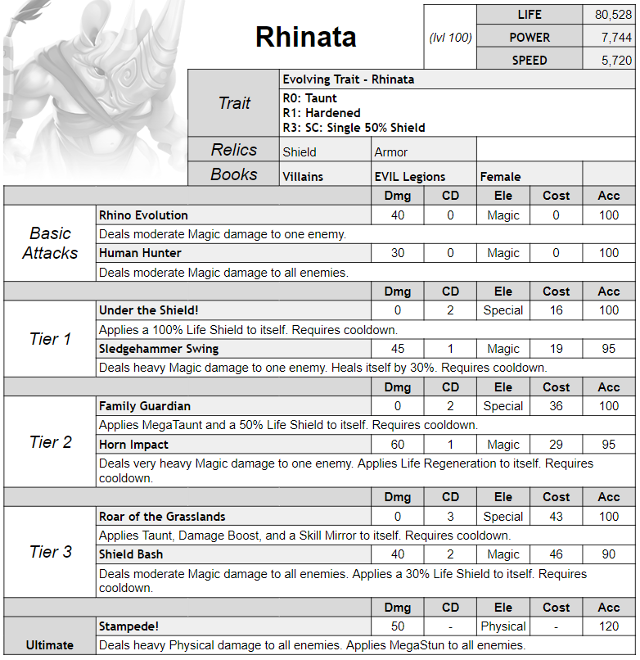