After Metalisha kicked him out of the band he’d founded, Metalhëad vowed to punish her the only way he knew; by making better music than her. The problem was Glamhead’s riffs. The quality of the band’s sound was hard to top — and Metalhëad was only too aware of it. So, he chose to go down a road that was, albeit tricky, the way to the best tunes.

He visited Dr. Wattz’s lab. Everyone knew that Dr. Wattz’s methods were very dark and questionable, but he got incredible results. Metalhëad explained his situation to him and he immediately accepted his case. After all, there was nothing he liked more than sweet vengeance.

“You’re very lucky because a fresh batch of Stardust arrived here just yesterday. I’ll use it to make you a bandmate. I’ll also need two things from you: a string from your guitar and a drop of your blood”, said Dr. Wattz.

“A drop of my blood? Uhm, what for?”, said Metalhëad with a stutter.

“The more thirsty for revenge you are, the bigger this monster’s talent will be.”

After that, Metalhëad was fully on board, and Dr. Wattz put his blood drop and guitar string inside a little metal box – along with a good pinch of Stardust. That box would become the core system inside Spitfire, a monster capable of creating the best tunes and the deadliest attacks! 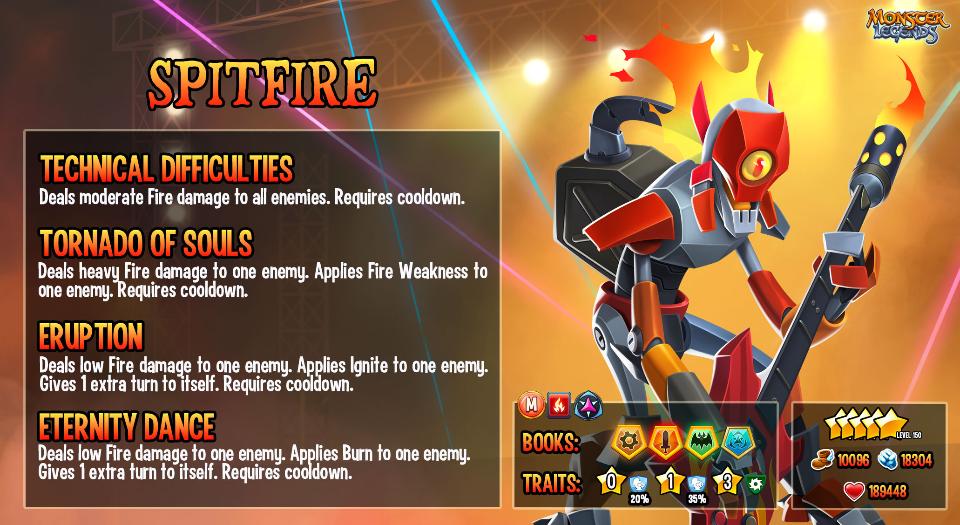 Spitfire is a Fire Attacker who can deal damage, apply status effects like Burn, Ignite, or Fire Weakness, and gain extra turns in several of his attacks. He has an Evolving Trait: at rank 0, he's Hardened, at rank 1 he becomes Tough and, at rank 3, he becomes a Status Caster, gaining Torture Immunity at the start of the battle. 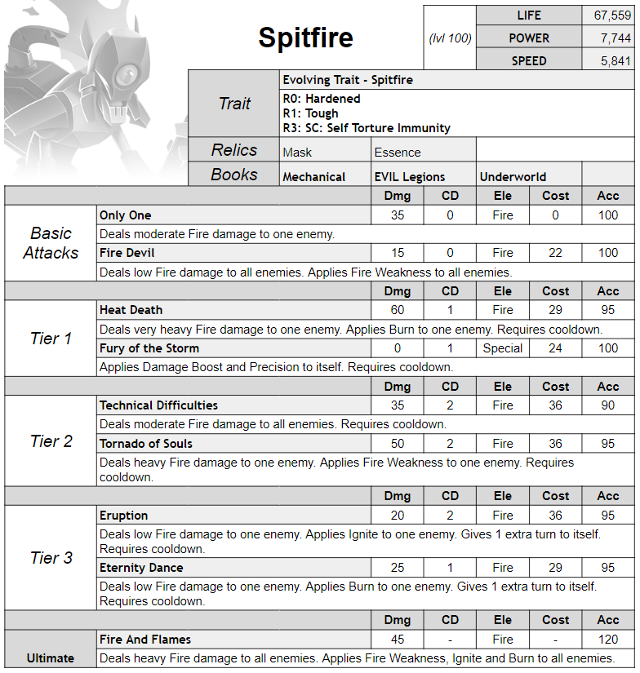