When he was a baby, Iguanazaur was fascinated by his dad Hydratila, but especially by his Boltcaster Hammer. When he came of age, he asked his dad to train him as a soldier, but at that time, uncertainty covered the Water Realm. Warmaster and Queen Thalassa had been gone for years and her daughter, General Thetys was a terrible ruler. Hydratila didn’t want to put his beloved son at Thetys’ service, so he sent Iguanazaur away so that he could explore the world and outer galaxies and become a fighter on his own.

Years passed and Thalassa returned to the Water Realm bringing peace and order with her, but Hydratila had no news of Iguanazaur. That was until after the Cosmic portal opened and a victorious Iguanazaur walked out of it. He had been traveling from world to world learning about different cultures and training to be the perfect warrior. He returned home to his father and, after all those years, he was finally named a soldier, with the blessing of Queen Thalassa herself. Perfect timing, Iguanazaur! 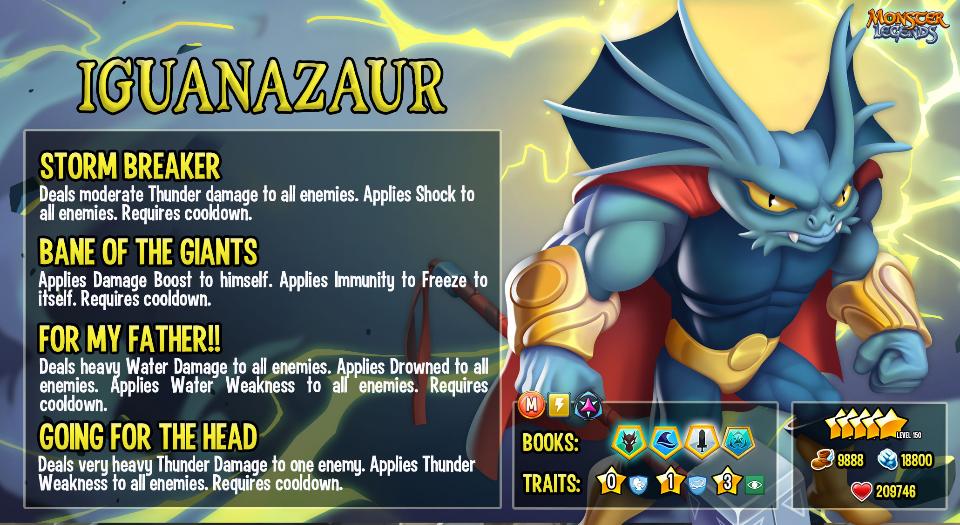 Iguanazaur is a heavy attacker that can deal out Tortures and Weaknesses to be even more destructive! He can deal low Damage & apply Freeze with a 50% chance to a single target. That’s not all – he also gets Damage Boost and Freeze Immunity, can deal High Damage to an area and apply Drowned and Water Weakness. To one target in particular he can deal Very High Damage, and Thunder Weakness to the whole enemy team! 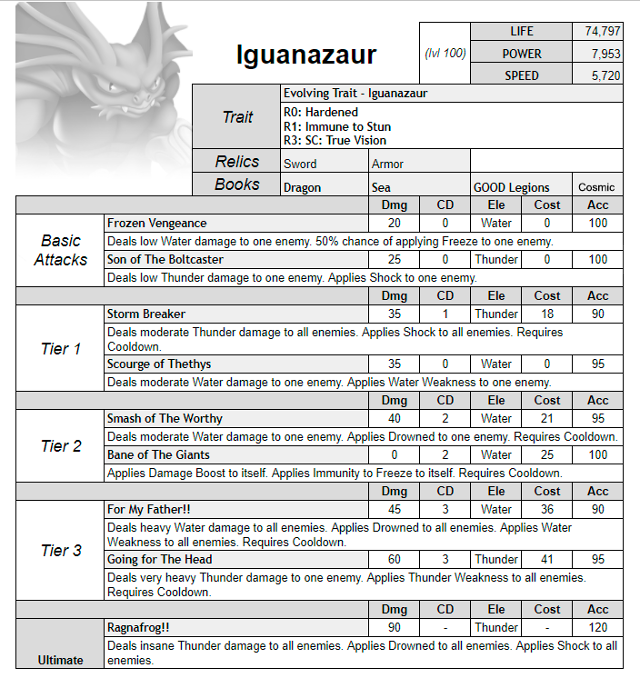