Queen Thalassa banished Shelly from her water realm after finding out that he had stolen her pearls and was hoarding jewellery he had taken from sirens and other creatures throughout the years. Since then, he had spent his days wandering on the beach collecting shiny shells in order to calm his need to steal.

Then one day, he found something on the sand that wasn’t like the other shells. It was more like a shiny little pink and bluish stone. As he grabbed it with his claws, it cracked and released a glittery powder which covered Shelly. He understood that something magical had happened. Filled with new strength, he entered the water, determined to get back at Thalassa for kicking him out of the realm. 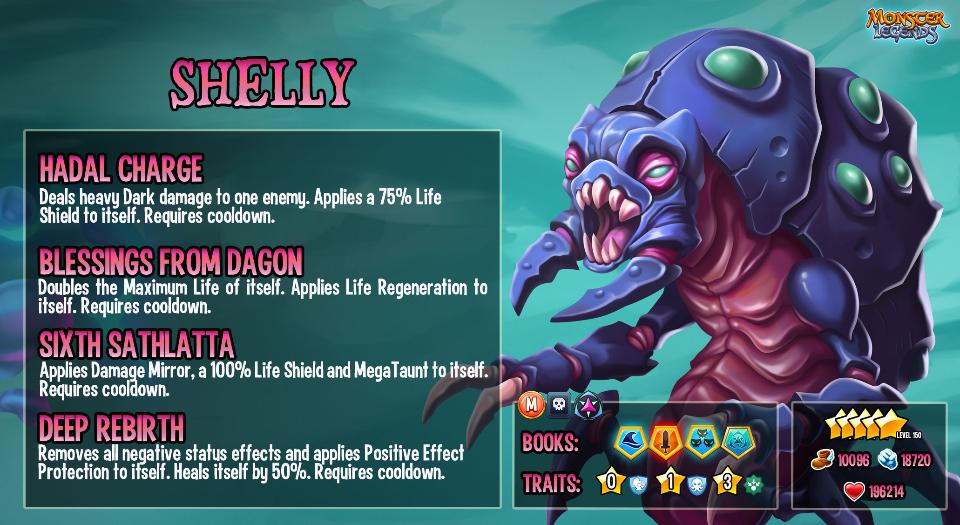 Shelly is a Dark Tank with MegaTaunt but low Life, so he has multiple Shields to protect himself which he can apply at the same time that he attacks. He can Heal himself and double his Maximum Life and, in one of his skills, he can gain MegaTaunt, a powerful Shield and Damage Mirror. Shelly has an Evolving Trait: at rank 0, he's Tough, at rank 1, he becomes an Abomination and, at rank 3, he becomes a Status Caster, gaining MegaTaunt at the start of every battle. 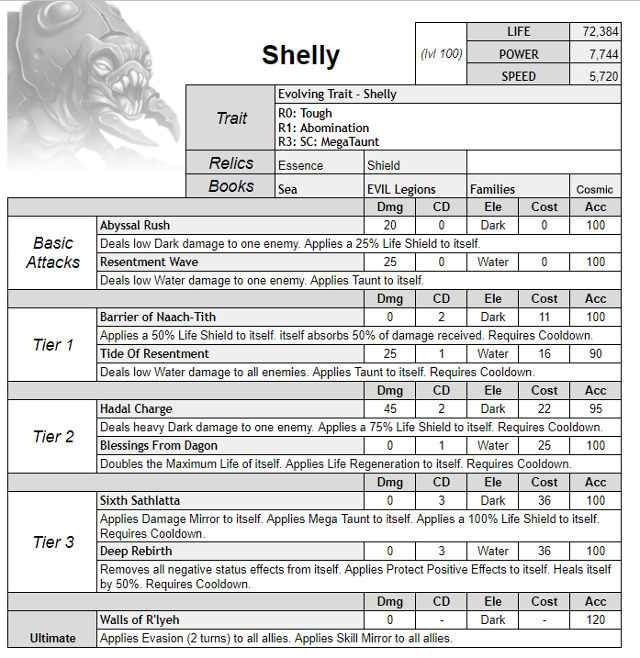